YouTuber Creates a Jet Engine Powered Canoe and it RIPS 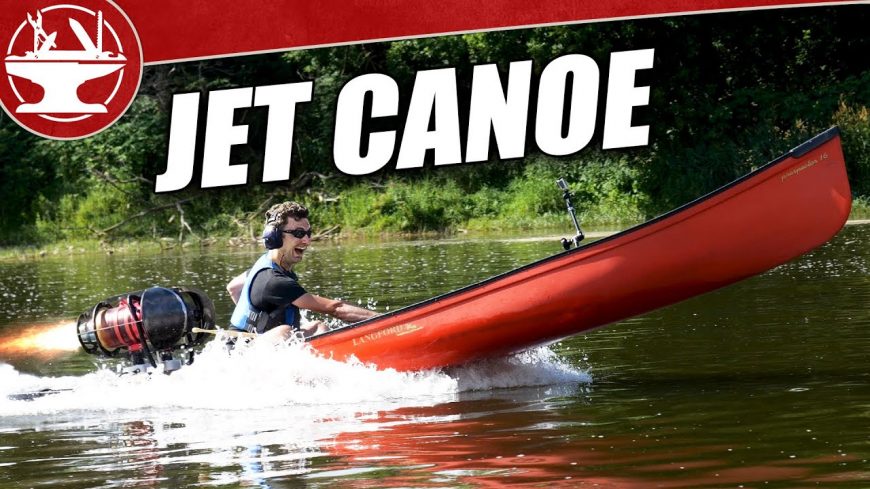 There is really something to be said about the wide variety of videos that can be found on YouTube. If we want to get technical, the site has really spawned an all-new outlook on being handy. In one capacity, there’s a video for just about every kind of project imaginable. Whether it’s something as simple as installing a light switch or a complicated build, there’s a good chance that there’s a video explaining it on the platform.

In another capacity, it can stand to inspire. As we watch all sorts of projects carried out, they can truly tend to stimulate the imagination. We aren’t saying that everybody who tunes in is going to go and build their own jet engine powered canoe. However, such a build could definitely be an inspiration for others to get their creative juices flowing.

This time, we watch such a project as it comes to life. Honestly, we can’t really be sure that something like this would have ever materialized in the real world if it weren’t for platforms like YouTube. At the end of the day, this thing isn’t very practical and is downright wacky. However, we think that it’s pretty intense to watch the vessel rip around in the water in a way like we have never seen before.

By following along with the video below, we get to go face-to-face with the jet engine-powered canoe. I have to be honest, here. When I first checked into this thing, I kind of thought it was just clickbait nonsense. However, as we make our way through the video, we have been made into believers by the Hacksmith as one of the most unlikely projects that we have ever heard off comes to life right in front of our own two eyes.

Now, the only question that remains is if you would have the courage that it takes to ride along in the jet engine-powered canoe at wide-open throttle.