YouTuber Explains Why The Lamborghini Countach Is Worth $300,000

YouTuber Explains Why The Lamborghini Countach Is Worth $300,000

There are a lot of cars that end up coming out and getting hot but eventually dive in ...

There are a lot of cars that end up coming out and getting hot but eventually dive in value. However, on the other hand, sometimes, cars do the opposite. When you look at a machine like the Lamborghini Countach, the value on such a car has shot through the roof but what’s the reasoning behind it? What resonates with people so much that they need to spend all of that appreciated value to get their hands on one? I mean, there are tons of other cars from the same era to choose from so what is it that makes this one stand out from the rest?

This time, we get the chance to hear Doug DeMuro’s take on the classic that has hung around and maintained its position in the hearts of enthusiasts for what would currently seem to be the long haul as values are still showing no signs of dipping. Doug has always done a good job of going into detail about every little nuance about the cars that he’s reviewed and when we saw that he did a piece on the Countach, we couldn’t help but be excited to hop into the video and check it all out as he really gives us the inside scoop on the things that someone might not know by driving the car once or twice or looking at it at a car show.

Check out the video below that goes into detail about why he thinks that the car still remains to see a price tag could be worth every dollar of the highly inflated ask. After checking this thing out with Doug, in detail, and from all of the other stories that you’ve heard out there about this classic Lambo, do you think of the car is really worthy of such a large amount of money that overshadows most houses here in United States?

Insane Floods Take Out Dealership, Cars Float Down The Street 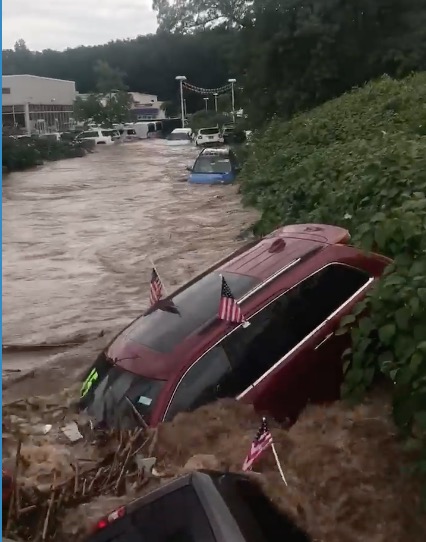