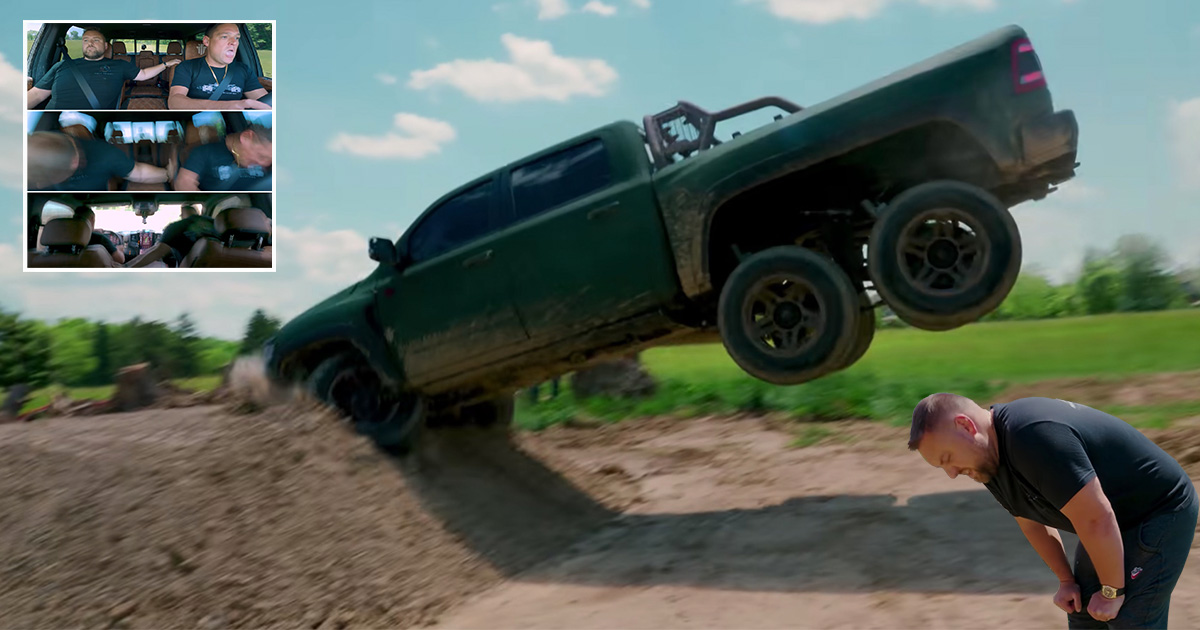 Have you wondered why just about every race or stunt demonstration has an emergency crew there and waiting just in case something goes poorly? Well, a couple of YouTubers who go by the name of The Triple F Collection found out exactly why that is the hard way.

The subject of discussion this time is a Ram TRX that has been modified quite a bit to become something even more special than the 700+ horsepower super truck it was born as. In fact, the machine featured is now a 6×6 that goes by the name of the “Warlord.” The package is a $250,000 build that comes from Apocalypse Motors in Fort Lauderdale, Florida.

Apparently, the folks behind the channel decided that it would be a good idea to take this truck that cost more than a lot of people’s houses and jump it from a dirt ramp to another dirt ramp. However, their calculations were a little bit off and things didn’t exactly go over smoothly. It’s one of those situations where, if you’re not spot on, it’s going to hurt.

Fortunately, it does look like everyone was able to walk away with nothing more than a couple of bumps and bruises but the in-cabin camera certainly showed off what appeared to be a decent dose of whiplash coming to life.

Apparently, upon browsing through the comment section, we weren’t alone in thinking that this video reminded us a lot of StreetSpeed717’s various displays that send high-dollar trucks into the air with a mixed bag of results.

In any case, down in the video below, we tune in with the situation that didn’t have a pretty ending. Sure, a wreck is probably going to get more clicks than anything else but after watching this video, we can’t help but wonder if it was all worth it.

« Big Tires on a Lifted Truck Does Not Mean it is Slow!