YouTuber Pranks His Mom By Crashing Her Car…

YouTuber Pranks His Mom By Crashing Her Car…

When we take a look at the landscape of YouTube, one of the biggest categories that ...

When we take a look at the landscape of YouTube, one of the biggest categories that you’ll find on the site is those looking to prank others, setting up elaborate schemes that are designed to trick somebody into thinking that the situation is one way when in fact, reality is on a whole other page. There might be a ton of prank artists on YouTube but, at the head of these pranks are several figures who seem to be the most prominent in setting them up and executing, tricking their way to tons of views in the meantime.

This time, we catch up with one of those prominent prank figureheads as he comes through with yet another prank masterpiece, getting his mom tied up in the mix as he makes her think that he needs to borrow her car for just a minute, only leading the situation in a different direction in tricking her to think that something incredibly horrible went wrong. As Vitaly makes his way to the parking garage and to mom’s ride, he then proceeds to use his phone to take a photo of the car and apply damage where there is none. I think that you can finally see where this one is going.

In the video below, we follow along as Vitaly then takes the time to send the picture to his mother who drops what she’s doing and comes storming down into the parking garage, incredibly furious that she lent her car to her son just moments ago, only to have it destroyed as she thought that he backed it out of the spot and ended up wrecking into something. If you follow along, you’ll see exactly her reaction as she runs to the scene of the alleged incident, only to find out that she had been duped. 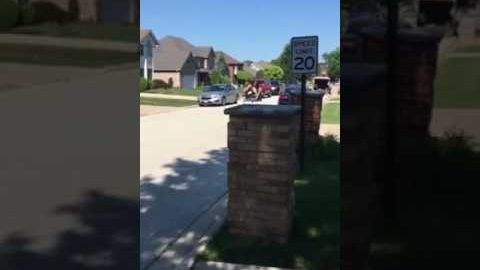