YouTuber Ubers Stranger in Lamborghini, Lets Them Keep the Car

YouTuber Ubers Stranger in Lamborghini, Lets Them Keep the Car

YouTube creator, Mr. Beast has built a reputation for all the right reasons. In a ...

YouTube creator, Mr. Beast has built a reputation for all the right reasons. In a world where creators can become popular by being far too over-the-top and really creating their own version of mayhem, Mr. Beast seems to have good intentions in mind. Essentially, he has built his channel off of the back of giving away all of his earnings. At this point, we’re sure that he’s probably pocketing part of the profit but in the beginning, he gave away all of the money that the channel made.

Just because the channel is now turning a profit that it’s employees are able to keep, doesn’t mean that they stopped giving things away. In fact, as the channel has grown bigger and bigger, they have given away better stuff. He seems to be a fan of Lamborghinis as giveaway items. We’ve even seen the channel hand out a free home!

This time, we check in with another Mr. Beast video that seems to be a prank of sorts. However, instead of the victim of the prank being filled with regret after being involved, they probably leave the situation on a pretty positive note.

For starters, the crew heads out and turns a couple of cars into Ubers. One of these machines includes a Lamborghini Gallardo. As if getting picked up in a Lamborghini wasn’t cool enough, Mr. Beast and Company decide to give away the vehicles in question to their passengers. What better way is there to find someone who likely needs a car than to link up with somebody ordering an Uber? By the nature of the service, it’s probably more likely that the people using it are in need of a set of wheels.

Below, we get to see the most epic part of the transaction in the targets’ reactions. Just imagine hopping into what seems like just another Uber, thinking you’re going to get a ride, only to find out that the car you’re riding in is now yours to keep! 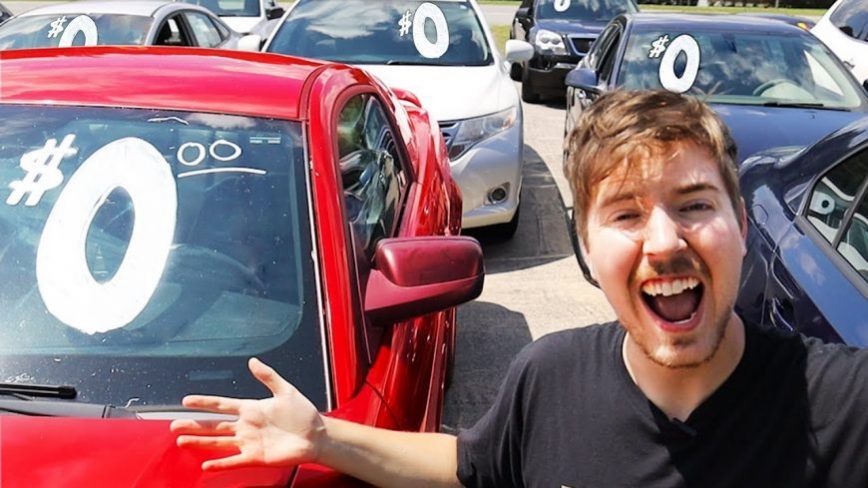