YouTuber, WhistlinDiesel, Survives Accidentally Shooting Himself in the Head With Stray .50 Cal Bullet. 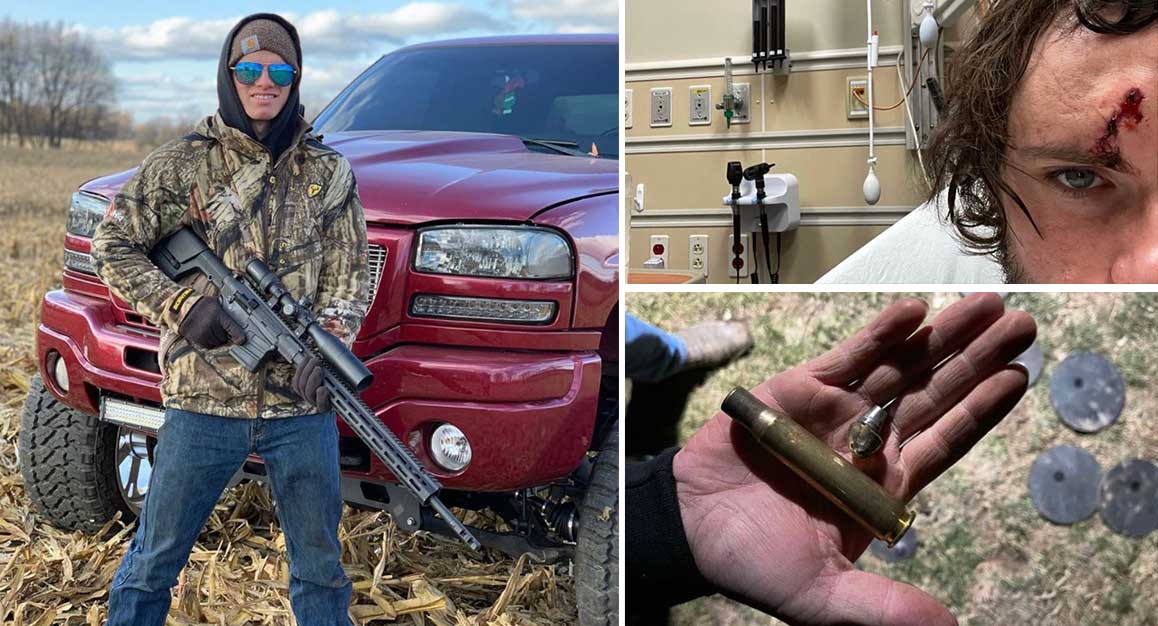 For those who aren’t familiar with WhistlinDiesel then welcome to the circus. Essentially, WD came on the scene not too long ago and started creating videos that are basically organized chaos. Essentially, the channel has put together its reputation for always one-upping itself with stunts and acts of destruction that just get crazier and crazier with more and more expensive vehicles.

In one of the most recent acts from the host of the channel, Cody Detweiler, 22, he would end up in quite a scary position. We aren’t quite sure if he was just having a little bit of fun or recording a bit for the channel. However, he would end up with a bullet striking him in the head and leaving quite a bit of damage.

Apparently, Detweiler was shooting a .50 caliber rifle at some metal plates to see what would happen and things just went wrong.

He took to Instagram, saying “Not sure how I’m alive,” and continued with “Love you all and thanks for all of you.”

He would later to go on to edit the post, explaining the situation as follows. “I got hit with a .50 cal bullet ricochet from 4ft away right into my forehead. I’m ok they’re just doing some scans to make sure I don’t have swelling other than the 2” lump on my forehead and the copper jacket under my skin”

In a later post, Detweiler reflected on the experience, saying “You look at life a little differently when you pull the trigger of your .50 cal and your head shakes and starts dripping down past your eyes. I put my hand up and just felt metal sticking out and about passed out. Got a ct scan to be safe and they say my skull isn’t cracked soo…. back to target practicing!!! For anyone wondering I was shooting steel plates from 4ft away like a boss to see how many it would go through. It went through 2.”