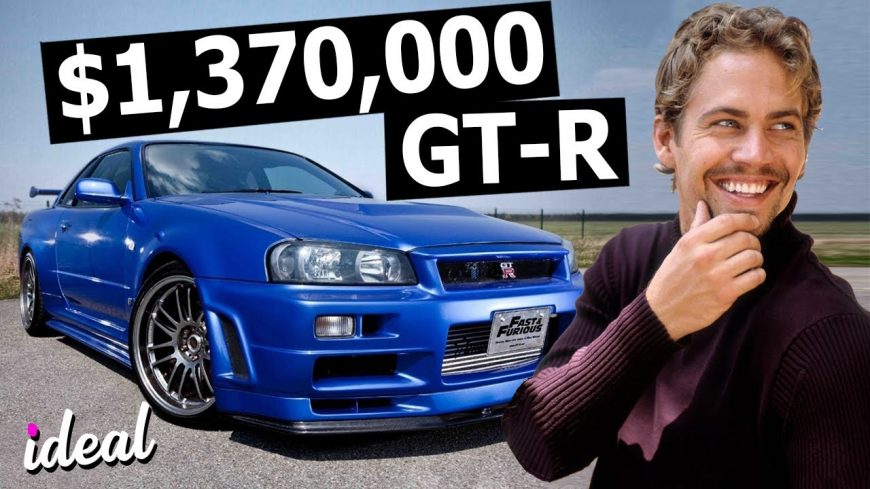 When it comes to cars used on the movie screen, there have been a lot of special ones over the years. More specifically, when it comes to cars from the Fast and Furious franchise, there is even an abundance to be found there. Depending on your favorite character, there is probably even a top 10 list of cars that each one of these characters has driven. As the films have developed, so has the vehicle selection. I guess that you could say that we watch the vehicles evolve alongside the characters.

Of course, the most sought after vehicles in the real world are going to be those that were owned by the more popular characters in the fantasy world. Therefore, a vehicle that was used on-screen by somebody like Paul Walker is going to bring top dollar. Just like with any other collectible car, though, picking out which one is going to be most valuable might not be an easy task.

This time, though, we take a ride along with one at Nissan Skyline that has been known to bring some big money. The car has quite an interesting story as it has bounced around quite a bit. It was even owned illegally in America when these cars weren’t able to be imported here.

By following along with the video below from Ideal Media, we get to hear the story of the seven-figure Skyline. There aren’t many movie cars that bring value like this. In fact, we wouldn’t be shocked if this was moving in on a Nissan price record. It’s pretty amazing what some people will pay for a car just because it has been associated with a series of events or a person. Don’t get us wrong, the car is downright amazing. However, I guess that this just goes to show us that sometimes, history can be worth more than meets the eye!