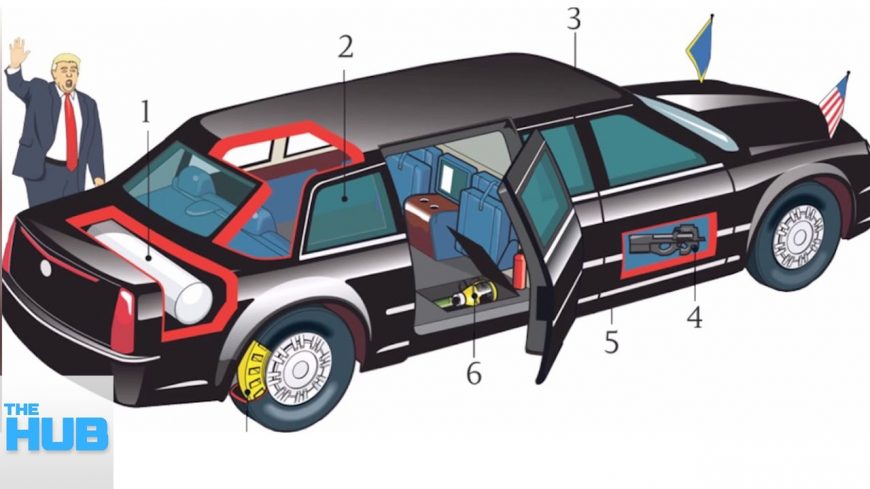 No matter what your opinion of our public officials, I think the most sane people would agree that it’s important to protect the President of the United States, no matter who is in office. Now, as you can imagine, carrying out such a feat is no easy job. The President travels a whole lot and there are hundreds of thousands if not millions of eyes on this guy at all times and that’s not even taking into account the fact that he’s a pretty big target to begin with as it is any high-ranking public official. Therefore, it’s important to put certain measures in place to make sure that he’s safe.

This time, we check out one of those measures in detail that are a really big part of how the President of the United States gets around.The presidential limousine is pretty much the last line of defense against potential threats and therefore, is outfitted with some pretty crazy mechnisms that go from the tires that are able withstand just about anything and can run while flat all the way to the armor that’s designed to protect the president from bullets and other materials on board that make this thing able to withstand blasts as well. When you consider the tear gas cannons that are included with this diesel powered beast, it’s pretty much a done deal as it almost becomes like something that you would see in a movie as synthesized in real life.

If you follow along with the video below, you might just learn a little something about the presidential limousine as we’re given 10 intense facts that you might not have known about President Trump’s set of wheels. I’m not sure about you but from the looks of things, this limo is probably about the safest place on Earth that you could possibly be, no matter what the circumstances.

« Widebody Tesla Steals the Show at SEMA, What Other Tesla Mods are Coming?