In the performance community, it’s hard to argue that there are very many ...

In the performance community, it’s hard to argue that there are very many manufacturers making as big of moves as Dodge is right now. Not only do they offer quite the performance lineup, rolling off of showroom floors. With this, we find the Hellcat and formerly, the Demon platform. This comes on top of all of their naturally aspirated combinations.

However, they took it even a step further. Instead of just offering complete cars ready for immediate public consumption, Dodge really reached out and shook hands with the enthusiast community as well.

One of the interesting releases from the brand just so happens to be that of the 426 Hellephant crate engine. For those unfamiliar with this wild offering, you can read more here.

The engine is good for 1000 hp right out of the box and comes in at a price that is almost too good to ignore. When these engines originally made their way off the shelves, the price tag was $29,995. That might seem like a little bit much at first but when we consider all of that power and factory reliability in conjunction with the fact that this thing is basically ready to drop in, wiring harness and all (For an extra $2,265), It’s actually a pretty big steal.

This time, we get an up-close and personal look at the engine through one of the coolest unboxing videos that we have ever seen. Follow along with the one and only Dennis Collins as he takes us along on a recent episode of Coffee Walk. In this episode, we get to see all that comes with the engine and what exactly Collins is excited about when it comes to the potential of this platform.

As Dodge continues to evolve the performance offering, we get the feeling that this is one very exciting step in the ladder that could end up resulting in even more! How cool is it that a major automaker is offering something like this!?

The 426 Hellephant Engine Finally Made a Pass, How Good Is It? 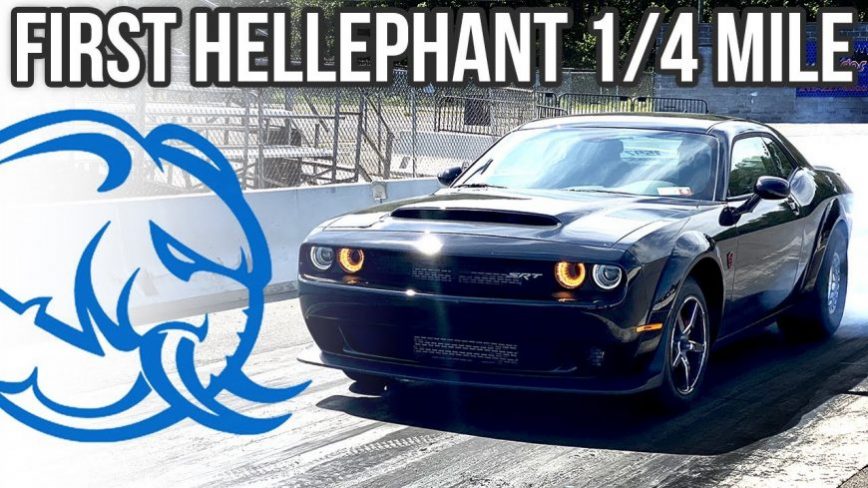