When it comes to modifying a vehicle, everything comes to a head in a single ...

When it comes to modifying a vehicle, everything comes to a head in a single moment.

You can do all of the double-checking that you want behind the doors of a garage. Making sure that all the bolts are tightened down to spec and every hose is in the right place are certainly important. If a component is missing or installed improperly, an entire system could fail. However, eventually, push comes to shove and the moment of truth unfolds on the street or track of the driver’s choosing to test all of the work out.

All wrapped up in one, this moment can be as nerve-racking as it is exhilarating. After installing something like a nitrous system, there’s nothing quite like the moment that it all works out properly on the first hit. Feeling the extra horsepower under your foot is what we live for and why we spend all of these long hard hours in the garage busting knuckles and dropping dollars.

This time, we get to feel that exhilaration vicariously through the efforts of Shawn aka Murder Nova and his son, Aiden. Over on the 187 Customs YouTube channel, we have been watching the father and son duo bring together this gnarly Chevrolet Chevelle filling the role of Aiden’s first car. They’ve even sent it down the track a couple of times. This time, though, the father and son combo made their way to Outlaw Armageddon 6 to try out the latest round of modifications.

Below, we get the chance to watch the nitrous come to life in addition to watching Shawn do a little bit of improving as well. One of the other storylines that has been unfolding over on the 187 Customs YouTube channel is that of the OG Murder Nova rocking a new setup as it has been getting dialed in. This time, we get to watch it rip against some stout competition! 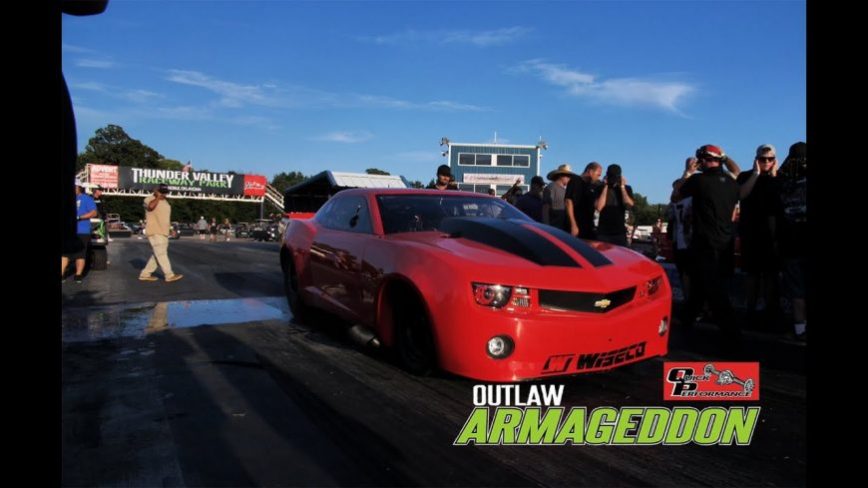