There’s something special about an SUV or a truck that’s able to go fast. ...

There’s something special about an SUV or a truck that’s able to go fast. On the surface, these machines have absolutely no business being as quick as they are. Even with high horsepower applications and modification alike, it’s still kind of mind-boggling. At the end of the day, it can be a little bit hard for the mind to process that much weight moving as quickly as some trucks do these days.

However, with vehicles like the Jeep Grand Cherokee Trackhawk, it’s very much a reality. Straight out of the box, the Jeeps sport over 700 hp. That’s enough power to blast past almost every other car on the market these days. When it heads to a shop like Forza Tuning and Performance, things get even better. Not only does Forza make these Jeeps even faster by adding power. They also beef up the driveline to make sure that nothing will break.

This time, we catch up with a unique battle featuring a Forza Tuned Built Trackhawk. The 1000 hp SUV is something that we would consider a bit of a sleeper. However, when it comes to stout competition like the Ferrari 488, it might have its hands full. That wasn’t going to stop Forza from comparing the two, though.

By following along with the video below, we get to dial ourselves into quite a race. We never thought that there would be a day where we would be watching a Jeep race a Ferrari and having to give the Ferrari a head start. Whether or not someone is in love with a Jeep-like this, they have to admit that it certainly marks an awesome day in the world motorsports. Who would’ve ever considered that heavyweights like this could actually be pretty competitive? There’s a lot to love when Forza grabs up a Jeep like this! 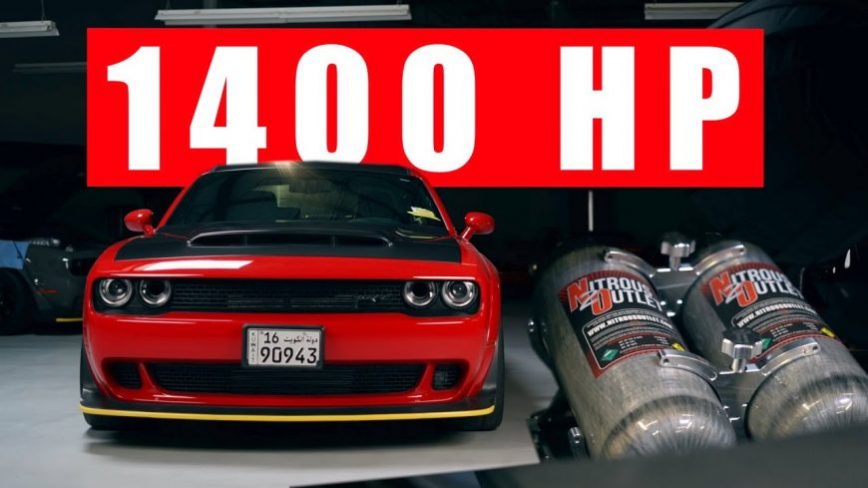