When we say that absolutely anything will run at the Goodwood Festival of ...

When we say that absolutely anything will run at the Goodwood Festival of Speed Hillclimb, we really mean it. We aren’t just talking about brand-new releases or super high dollar exotic machines. Sometimes, we find the rare and downright obscure making the climb. It could literally be just about anything imaginable!

This means that we’ll find vehicles from the brand-new Shelby GT500 to a Jaguar F-Type on two wheels and everything in between. This time, that “in-between” section just so happens to come in a very interesting form. This time, we check out a machine that is still raging decades after its creation. Honestly, we were a bit shocked by how quick it moved!

Over the past 108 years or so, cars have come quite a long way. Duh.

So why 108 years? Well, that’s about the time that this particular Fiat S76, better known as the “Beast of Turin” was created. Since then, we would venture to say that just about every last aspect of an automobile has improved. There’s almost nothing aboard this vehicle that would fly in a modern car. However, we have to admit that it might be difficult to have this much fun behind the wheel.

This climb acts almost like a time capsule unfolding right in front of our eyes. When considering all of the things that we’ve had that has broken, it’s kind of miracle machine like this is still able to make such a strong climb. For those who thought that this would be a slow and cautious climb, think again. The machine absolutely blazes up the course and makes its presence felt. Honestly, we have to admit that we were pleasantly surprised by what this classic was able to accomplish. After all, it’s a machine that’s older than everyone who is going to watch this video! 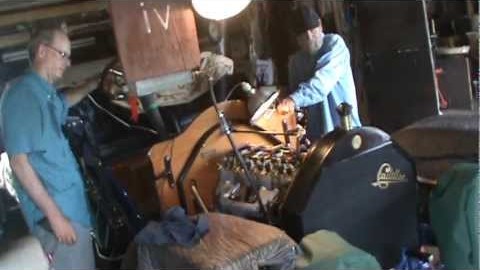