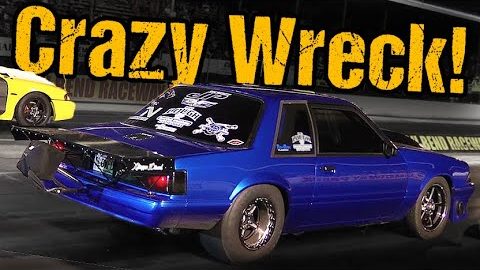 For those who claim to be fans of Chevrolet performance, LS Fest is probably a good event to check out. With all sorts of different racing displays, the event celebrates late-model General Motors performance. On the premises at Beech Bend Raceway Park in Bowling Green Kentucky, we find tons of incredible machines. There are plenty of categories to get involved in. However, we would guess that more than half of the vehicles at the facility are aimed at drag racing.

While the drag racing classes feature hundreds of cars, there are a selection of machines that can call themselves the fastest on the premises. In this one, we take the opportunity to catch up with a little bit of a knockout style race that features just those cars. Among the hundreds of vehicles found at LS Fest early in September, 32 were willing to step up to the challenge. These cars would participate in an all-out brawl to be able to take home a cool $10,000.

Within the action, we find plenty of close matchups. The intriguing thing about racing for cash is that everybody is pushing their car to the limit. On one hand, they want to obviously have the fastest pass. This means that they will be willing to turn things up a little bit. On the other hand, though, turning things up too far could be a formula for disaster. Not only could the car and up spinning tires and forfeiting victory. It could also end with the car going sideways as we, unfortunately, had to watch in the final round here.

The BigKleib34 video below takes us to the scene of the action to catch up with this high-intensity race. Every machine here looks like it had the capability to take home victory. However, only the driver who could make their car consistently run faster every round would be able to make their way to ten grand!