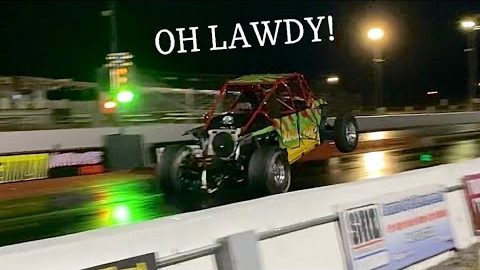 There’s something special that can happen when a creative idea comes together with the know-how to get it all done. It becomes even more special when that creative idea is one that appeals to the masses. Let’s be honest with ourselves here, not every unique idea brings viral potential.

However, when it comes to the creation thought up by the guys of SXSBlog.com, there was no way that this thing was going to flop if they did it right. As it turns out, the crew has more than enough know-how and ability in order to bring just about any creation to life.

For those who haven’t been acquainted yet, there has been a side-by-side that has been absolutely destroying the internet. This thing isn’t just any old side by side but instead has taken on the heart of a monster.

Powering the vehicle that would traditionally be used for off-road fun, we find the heart of a Toyota Supra in a 2JZ. With a whole plethora of custom goodies, the machine is able to crank out some serious power. To be a little bit more specific, 1100 hp makes its way all the way to the wheels when all is said and done. Given that the machine is otherwise kind of just a frame, the lightweight nature of it all allows the combo to take off.

By following along with the video below, we check in with the latest from the 2J powered Polaris RZR. In this one, they take the monster machine to Cleetus MccFarland’s Freedom Factory to rip a couple of burnouts along with hitting the drag strip while they’re in the area.

Let’s just say that this monster of a machine might not like keeping the front wheels down on the strip. At the end of the day, it doesn’t exactly hook up and make a perfect pass, either, but the numbers are so impressive that we can’t believe our eyes. Let’s just say it’s capable of single digits and then some, letting off far before the finish line.

« Aside From Being the World’s Fastest Sedan, How Good is the Hellcat Redeye Charger?