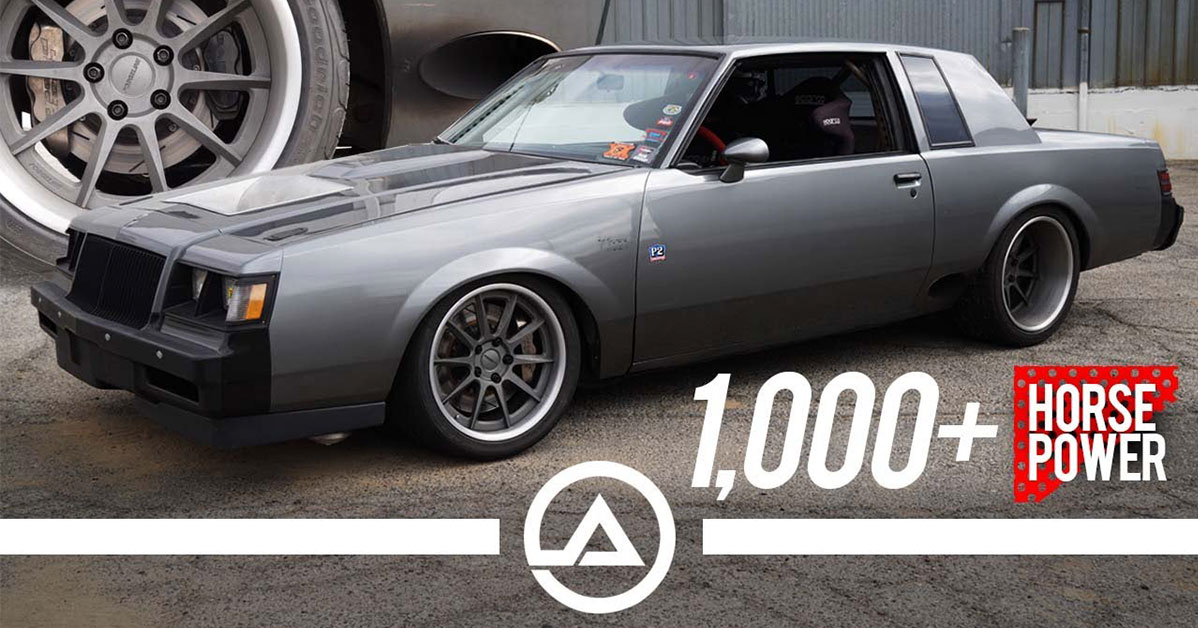 There are certain builds lurking around corners of the automotive community that we just can’t help but feel like have a certain “pop” to them. This something special is hard to put your finger on but when you see it come to life, you just know. These builds do something special in one way or another that really makes them stand out from the pack as something special.

In this particular case, we check in with an old-school Buick Regal T-Type. The 1986 Buick only has a couple of features on the outside that might help people discern that it’s a monster. However, it’s only when the old-school GM product gets rolling that we can really get a grasp of how wicked the machine really is.

The car built by P2 Fabrication started as a modest build, says the owner, before things eventually snowballed out of control.

When the original motor blew up, the owner decided that it was time to hook this car up with an LS swap. From there, the LS swap was combined with a supercharger as well. So far, we have an LS swapped G body which certainly isn’t anything new.

However, the icing on the cake comes when the owner decides to throw a sequential transmission in the mix which makes for an absolute monster. Not only does the supercharged LS scream like nothing that we’ve ever heard before, the sequential gearbox really makes for a special experience as a car absolutely blasts through tires like nobody’s business.

This time, thanks to AutotopiaLA, we get to take a tour of the machine that has been as fast as 200 mph. The owner does say that the car is capable of creating about 1,100 hp or so. However, in the video, we see it on a much lower setting as the machine has a tendency to really go through some tires even when it’s not making power at full tilt.