Tractor Pulling is one of those sports that almost everyone has heard of, but few ...

Tractor Pulling is one of those sports that almost everyone has heard of, but few know a lot about. Nearly all of us have seen trucks and tractors in configurations from almost stock to ridiculously crazy dragging the sliding sled down that 330′ long track. As they move farther down track, the weight on the sled slides forward, increasing the load tremendously as the run proceeds.

To get a good idea at how these tractors are engineered, we are bringing you this video from the YouTube channel FullBoost, who caught up with the Cornfoot Brothers Pulling Team and their John Deere 7810 pull tractor. As you will hear in the interview, this tractor began its life with 180 horsepower on tap, but now puts out over 1,100 ponies and double that number on the torque measurement. The tractor, named the Wicked Whitetail, was built in the states and shipped to its home in Australia several years ago.

If you’re new to tractor pulling, watch the whole clip, which also features a crash-course on the sport that will help you understand the terms and what all goes on during a typical run toward that magical Full Pull!

Mother of all stump grinders, the John Deere 8100 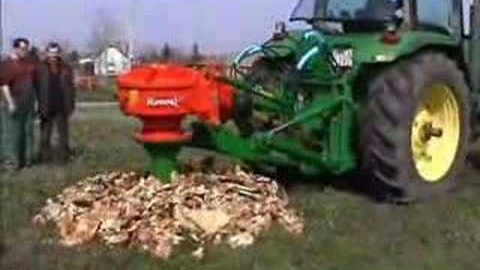