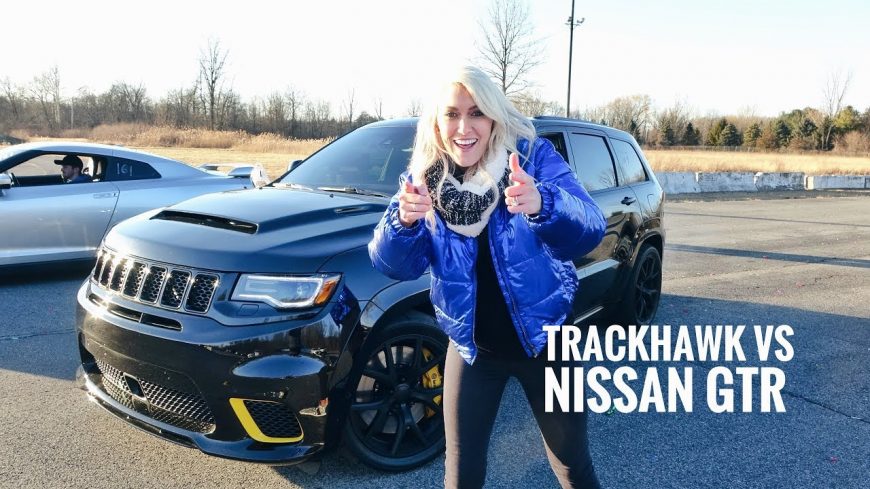 In this day and age of automotive modification, every racer needs to be on the lookout for just about every platform. From SUV to pickup truck and everything in between, just about every form of the vehicle has been modified to go fast. When starting off with something like the Jeep Grand Cherokee Trackhawk, that statement is especially true. On the outside, there isn’t much that differentiates the Trackhawk from a traditional Grand Cherokee. However, when it comes to what’s powering these things, it’s anything but normal.

In fact, the Trackhawk’s 707 hp heart is pulled straight from the Hellcat architecture. Even if 707 sounds like a lot, that number is only before these things are modified. With a couple of basic modifications, the number can be blasted up even higher. This time, we tune in with a Trackhawk boasting 1100 hp with only some basic modifications. Honestly, the most extensive work done to this thing is nothing more than a couple of pulley swaps and some tuning.

Behind the wheel, this time, Supercarblondie is taking control. In the display, we watch the Trackhawk take to the drag strip to go head to head with a Nissan GT-R. The GT-R isn’t as powerful as the Jeep, which is something we never thought we’d say. However, it still boasts 700 hp when all is said and done. We would say that, when considering power to weight ratio, the Nissan still has a pretty good chance at contending here.

By following along below, we’re able to see what actually happens with this pair of machines is put on the strip and goes all out. Win, lose or draw, it’s pretty awesome to see a massive SUV like that with the ability to throw all of its passengers back into their seats. It doesn’t get much cooler than that.