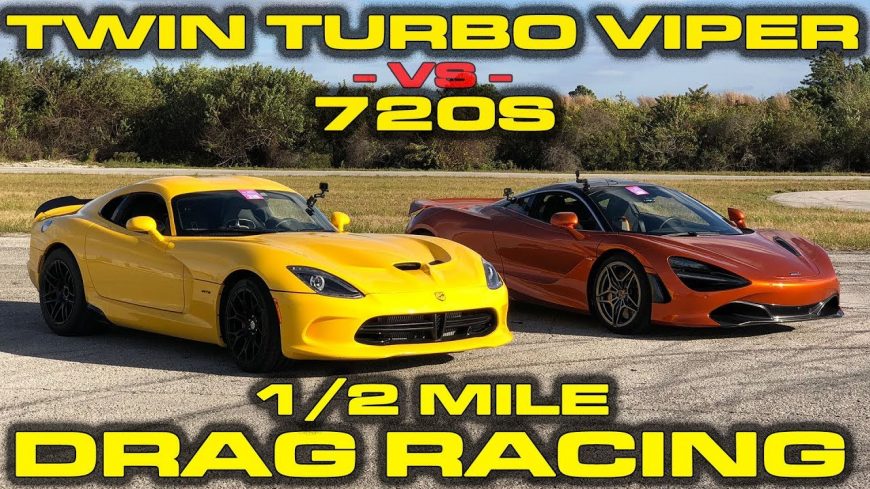 Across the landscape of performance automobiles, there are all sorts of different beasts to tame. On the surface, everyone seems to want to look at horsepower figures and weight as the only two features that matter in relation to performance in a given vehicle. However, as we can see here, the two vehicles in question have quite different figures across the board but end up butting heads nonetheless. The guys over at the Dragtimes YouTube channel always seem to have the hard-hitting and entertaining content that features some of our favorite vehicles and this time it’s certainly no different.

In one lane, we have the 700+hp McLaren 720S. This is a vehicle that is certainly no stranger to performance competition as it has taken YouTube and the car community by storm. Straight out of the box, the McLaren offers a lot of bang for your buck and therefore the car that performs well becomes the fascination of a variety of comparisons. This time, in the next lane just so happens to be a car that isn’t really “straight out of the box” at all. Instead, it comes with a pair of turbos that are anything but stock as the SRT Viper GTS screams to 1,150 horsepower.

For those who can’t see where this is going at this point, it’s time to quit talking about the figures and make some real magic happen. It all went down at the Wannagofast half-mile in Ocala and things got rowdy as the pair of cars were set loose on the airstrip. All of that power would prove to be tough to contain but watching it all come out at the tires was nothing short of a blast. Win, lose or draw, I think that we’re all winners after watching this beautiful pair of machines go at each other with no holds barred.

« Oscar Mayer is Officially Looking For a New Weinermobile Driver