1200+HP Supra Hits the Autobahn For NO SPEED LIMIT Pulls

1200+HP Supra Hits the Autobahn For NO SPEED LIMIT Pulls

I think that at one point or another, every automotive enthusiast has wished that ...

I think that at one point or another, every automotive enthusiast has wished that they could have access to an endless stretch of road without a speed limit. One of the problems of having a fast car, many times, is not having a place to really drive it. Even though there can be instances where it’s okay to lay into the throttle a little bit, like getting on the highway, really stretching out the legs on some of these high horsepower cars not only is illegal but it’s also pretty unsafe.

However, with the gearheads’ dream highway known as the “Autobahn,” the speed limit is lifted and things can escalate. Not all of the Autobahn is speed limit-less. However, there are sections where drivers can feel free to lay into their car and open it up. This is something that we are sorely missing here in America that would make a nice addition to our infrastructure of roadways. Perhaps somewhere out west in the desert could provide a speed limit-less highway.

That’s a story for another time, though.

This time, with the help of the AutoTopNL YouTube channel, we were able to take a ride on the Autobahn. This isn’t just any ride, though, instead, we watch as a 1239 hp Toyota Supra with a huge turbo lays the smackdown on the highway. Thanks to a head mount, we’re able to view the experience from the point of view of the driver. We don’t even have to be in the car and this one is already providing us with an insane adrenaline rush. Imagine being in this beast!

By following along with the video below, we get to join in with the action. At its core, this is what performance automobiles are all about. I’ve personally never been to the Autobahn to experience what this is truly like. However, it definitely is something that we think should be on the bucket list of most performance enthusiasts. 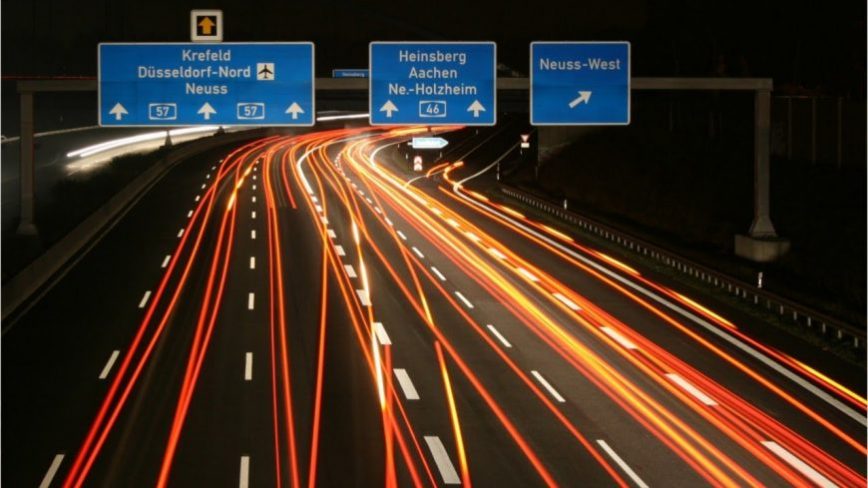