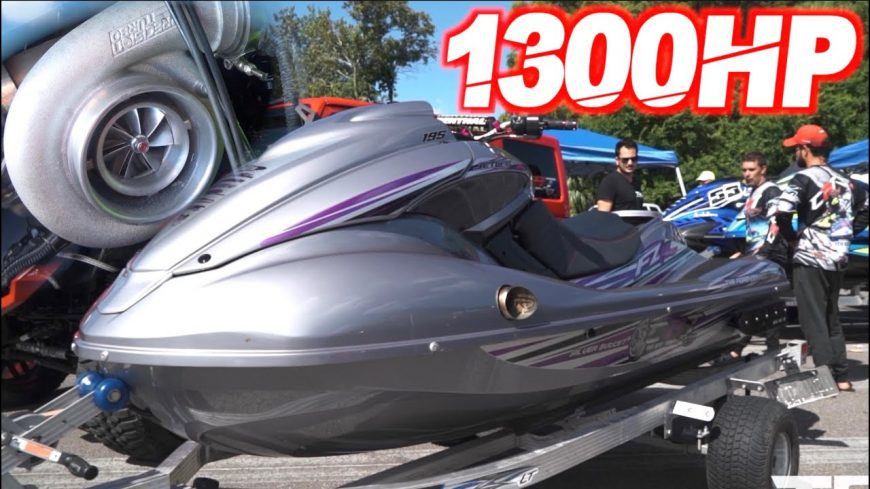 Just when we thought that grudge racing on dry land was intense, along comes a world that we had never even expected. Over the past couple of months, the folks over at That Racing Channel have been showing off some of the most high performance jet skis from around the country.

We have to admit these things aren’t quite what we thought they would be. When we think “high performance jet ski,” we might be inclined to picture something that’s making a good amount of power, say maybe 500 or 600 hp from some sort of marine engine that we’re not familiar with. However, these vessels go far beyond that, creating a joy ride that is simply too good to turn down.

Instead, these small but mighty watercraft boast some of the same technology and architecture that we might find in some of the fastest street cars today. This one, for example, shows off a Precision turbo making 65 PSI of boost and it also has nitrous on board. When all is said and done, the elements mix together perfectly for a 1300 hp cocktail. I don’t think that we need to point out just how fast something this small is going to go when it makes that much steam.

This time, we get a look inside of a high performance jet ski that might take a moment for some to truly wrap their minds around. There’s just something about massive power on a small and light ride like this that seems like such a death trap and we can’t help but want to go for a ride on one.

By following along with the video below, we get fully immersed in the intense world of jet ski grudge racing. That’s right, just like in the streets or on the track, these riders are throwing down some serious money as they race to take home $20,000.