When it comes to some of these quick lube shops that you hear about, you often listen ...

When it comes to some of these quick lube shops that you hear about, you often listen to people warning you about what to look out for as some of them really seem to be up to no good or simply not very good at what they do. While it’s definitely a tough thing to get over for the shops that do a good job, stories like this really make you want to change your oil yourself. Even if it’s something that you’ve never done or don’t know how to do, learning is incredibly simple as it’s one of the most basic things you can do to a car and if you figure out a way to do it yourself, it could save you big time in the long run, especially after looking at a story like this one.

It all starts at a local Walmart for this woman who took her vehicle in for the most basic of jobs. However, as it turns out, the technician who had to handle it ended up botching the job big-time. After draining out the oil, the technician would put the drain plug back in and go to fill up the engine again. However, instead of putting the liquid in the proper receptacle, filling up the engine with oil, he would instead pour it in the opening for the transmission fluid. We wish we were kidding but it’s simply not something that we’re joking about.

Now, this would seem like a very cut and dry situation where the big box retailer was simply in the wrong and should have probably done everything they could to make the woman whole again, however, if you ask her, that’s simply not the way that things happened. She says that after stalling for a rental car that took her almost 2 weeks to get and offering up $4400 in lieu of the $7500 that she asked for, one would think with the hopes that she would take the vehicle to a more affordable repair shop and essentially void her warranty, eventually, Walmart would offer up the settlement that she actually needed, to be able to get back to life as it was. However, this Walmart customer says that they acted with such an intense lack of urgency that she really wishes they would have kicked up a lot. Needless to say, Walmart has simply lost a customer here. 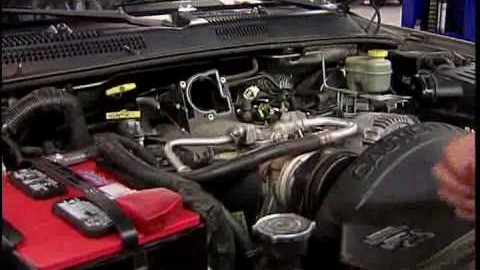