1300HP Supra Powered Side-By-Side Throws Down in the Dirt as it Hits the Track! 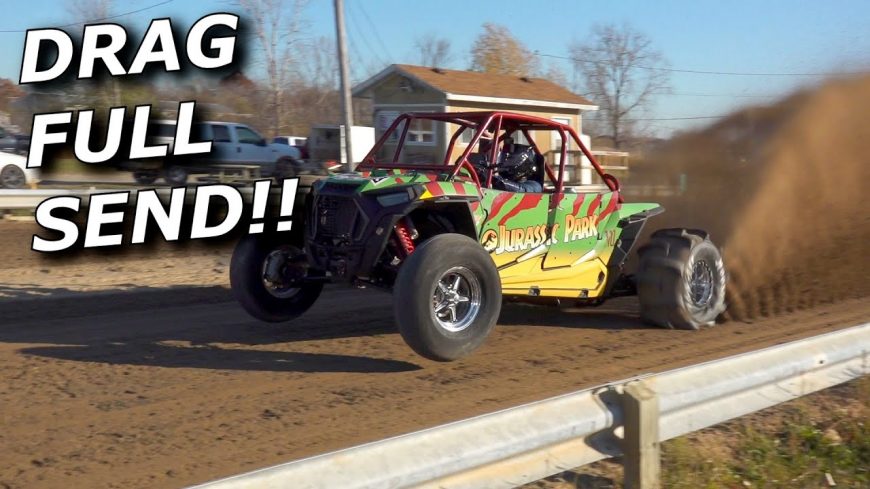 There’s just something special about a build that’s incredibly custom that we can’t help but be attracted to. This time, we get to check in with just that as a Polaris RZR really makes its presence felt. The machine is anything but your traditional RZR as it hits the mud and really flexes its muscles, at which point we get to see push come to shove.

For those who have been following along over on the SXSBlog.com YouTube channel, they have watched this machine come to life! In place of the original power plant, this monster has a 2JZ similar to what one would find in a Toyota Supra. Just like Supra’s performance, the 2J under the hood of this RZR has been built to perfection as well. With an entire complement of custom parts, including a turbo, the engine is capable of cranking out 1300 hp. Even in the dirt, this allows it to lay claim to a 0 to 60 time under 2-seconds!

Long story short, in the world of side-by-side, we might even argue that this is one of the most brutal in existence. Being able to lay down that kind of pure power with a rig like this has to be an absolute blast to be behind the wheel of. Just imagine having 1300 hp under your foot out in the open desert with a machine that’s probably incredibly lightweight as well.

Up until this point in time, we have to admit that this thing has been kind of a tease. While we have seen a little bit of testing here and there along with the dyno session that has gotten us all amped up, this time, we get the true moment of truth. By following along with the video below, we check out this incredible RZR as it is taken to the track and it swings mud absolutely everywhere. We would venture to say that all of the hype has definitely been validated when we get to see what the rig can truly do.