13B VS LS6. The Ultimate Rotary to Piston Comparison 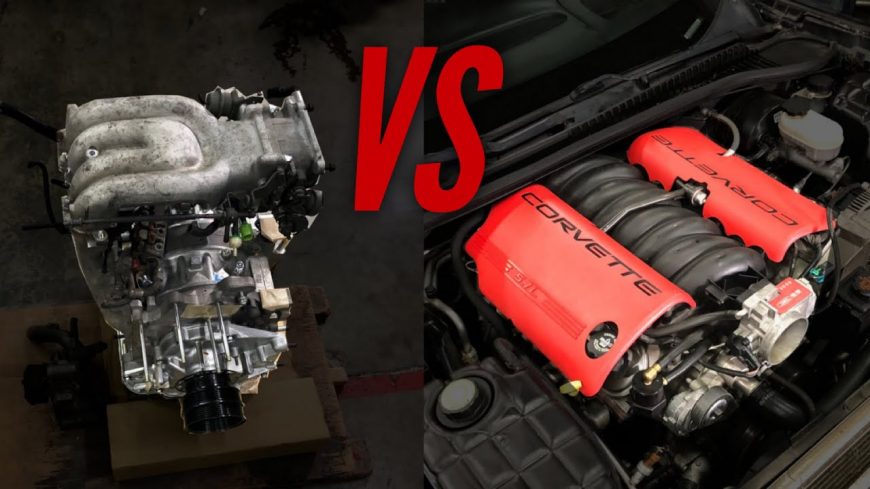 In a world of engine swaps, the LS has been crammed into just about everything. While there are plenty of people who have gotten sick of the combination, there is one group in particular that always seems to be especially perturbed. Sure, Mustang fans sometimes get up in arms when it comes to Fords having Chevrolet power under the hood. However, perhaps the most easily inflammable group Is the rotary community. The trend continues that this community feels like they can get the short end of the stick because their engines get such a bad rap. When replaced with a v8, they take that concept to heart.

This time, Rob Dahm, a guy who has been known for owning both rotary and LS-powered vehicles is getting in on the game. In one corner here, Rob has the LS6. In the other, we see a 13B rotary engine. Essentially, we’re looking at a little bit of a comparison as Rob takes the time try and paint a picture of what it would mean to use either one of these engines in a specific application. It can be a hard thing to do, but it seems like Rob is trying to split this debate right down the middle and really talk about the facts.

This comparison has do mostly with weight and size but goes into a couple of other concepts as well. As Rob is currently in the midst of doing a rotary swap on an old Chevrolet Corvette, this comparison is only natural. Up to this point in time, we haven’t seen too many people purposely put a rotary in something that isn’t traditionally rotary powered. However, with videos like these, maybe it’s something that we see come around in the automotive community before long. After all, it’s certainly unique.