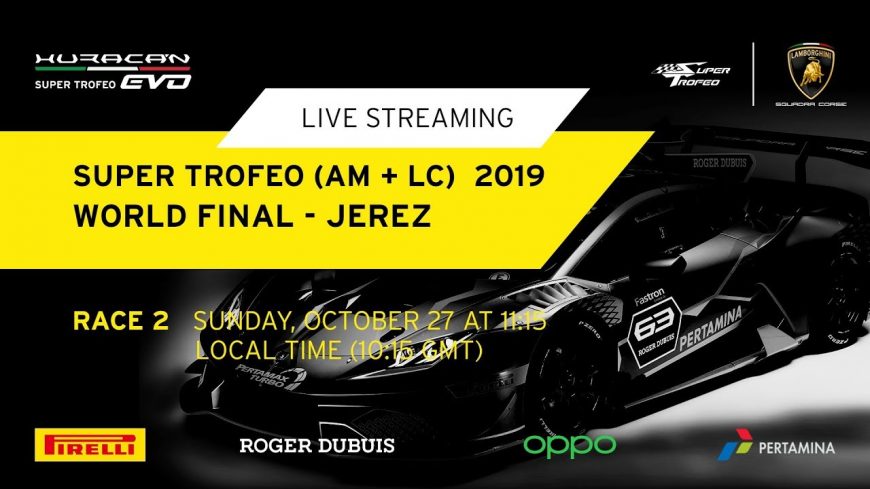 At just 16 years of age, there aren’t too many drivers who have the chops to compete in the likes of the Lamborghini Super Trofeo World Finals. Lamborghini’s one-make series brings out some of the most competitive drivers in racing. In fact, Lamborghini says that race involves some of the best drivers from around the world. Most of these drivers have built up quite the bank of experience. However, Steven Aghakhani seemed to break the mold in late October. He would be downright dominant as the youngest competitor in the event’s history.

At just 16, Steven was by far the youngest with the next youngest competitor being in their early 20s. To get things rolling, Aghakhani would seize the opportunity to grab the pole position in all four of the Am series races at the Circuito de Jerez. In one race, he would put an 8.893-second gap on the next best competitor, taking home a statement victory. More success would follow as Aghakhani was able to grab the win in all four competitions. Starting first and finishing first in every race just isn’t something that you see.

After the race, Aghakhani remarked, “It feels amazing, unlike anything I’ve ever done before.”

That’s not where the rarity of his accomplishment stops, though. In fact, his case is so rare that he almost wasn’t able to qualify for a license to compete in the series.

I was able to hop on the line with Steven’s father, Armik, a friend of Speed Society’s as he filled me in on an unprecedented situation. Armik relayed that the IMSA was hesitant about giving Steven his license. This license would be necessary to compete. Eventually, Armik was able to coax the governing body into giving Steven a provisional license. This meant that one mistake would mean that he was done until he reached the age requirement.

Luckily, Steven’s experience had more than set him up to succeed. He had been racing since the age of 7 in go-karts. This would progress through the ranks to cars around 11 and time attack racing at 13.

Looking forward to a great test day with VSR team and my teammate Jacob Eidson at Vallelunga, Italy.

When he finally made it to the big show, Steven wasn’t exactly the most popular guy on the track right away. When he first started, perhaps competitors didn’t know of his racing heritage. Many wrote him off as just a kid. However, after his purely dominant performance, competitors couldn’t help but garner complete respect for 16-year-old Aghakhani.

IMSA’s president, Scott Atherton, even came to Spain to show support for Aghakhani during the performance. Following the race, it was decided that the topic of discussion would be approached for a potential change in the minimum age for license requirements.

Aghakhani plans on proceeding to the Pro division in the coming year with Jacob Eidson acting as his co-driver. – Lamborghini Squadra Corse

« Rental Car Companies Battle it Out With Turo Trying to Destroy Them.