1600hp Evo, But The Engine Isn’t At All What You Were Expecting

1600hp Evo, But The Engine Isn’t At All What You Were Expecting

When it comes to making horsepower happen, there is definitely more than one way to ...

When it comes to making horsepower happen, there is definitely more than one way to skin a cat. Many platforms, like the Mitsubishi Evolution, come with a solid base point that you can choose to build off of, swapping out things like turbos to make them go even faster. Other times, an engine swap might be in the equation which can definitely make a build a little bit more of a head turner. A common example of this is when people decide to take an LS engine and stick it in everything from boats and airplanes all the way down to the common show car that you will see on the weekend at your local car show.

This time, though, we check out something that’s a little bit different. Actually, this is a lot different as it appears as if the power plant under the hood of this Evo 8 is the first combination of its kind to ever be plopped in any Evolution. In the pursuit of keeping with the all-wheel-drive theme, the people behind this Mitsubishi actually decided to make use of the vr38, an engine that is well-known for its role in the performance of the Nissan GT-R. I guess that you could call this car the ultimate crossover episode of automotive ingenuity between brands.

If you follow along with the video down below, you will join in on the action for yourself, spectating not only how all of these components came together in one cohesive picture but also how the folks on this one crank up the volume a little bit to make over 1600 hp. Oh yeah, before we forget to mention it, the 1600 hp figure that you see out of the car is what you can expect out of this Mitsubishi when it’s turned down a little bit. It will allegedly rocket pass those numbers and more if the driver decides they really need it to. 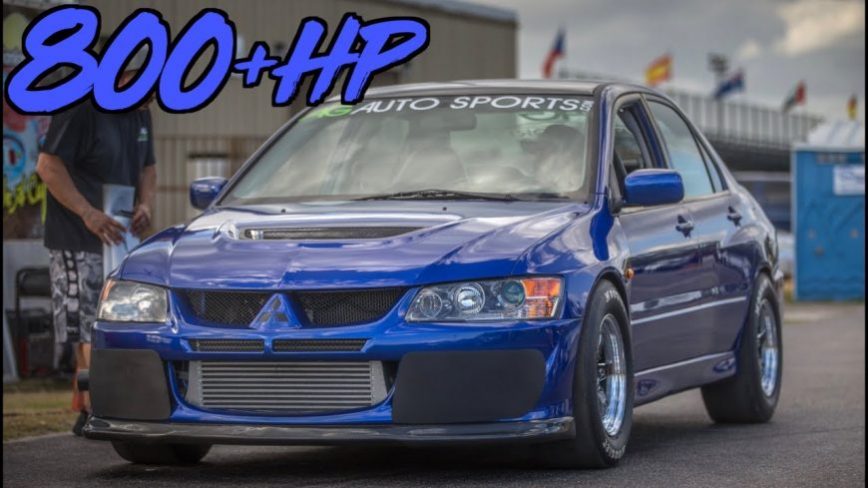