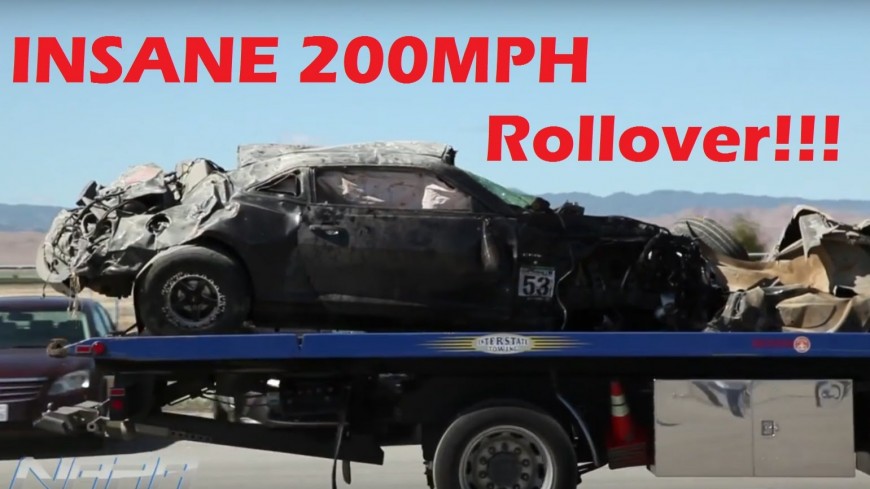 This is absolutely the worst feeling to watch as we would never wish something like this on our worst enemy, let alone a friend.

When Nacho headed out to the Shift S3ctor half mile in his violent twin turbo LSX Chevrolet Camaro, he would end up suffering one heck of a crash as he passed through the traps at nearly 200 mph before going on a wild ride.

According to Nacho, one of the front left wheel locked up and sent the car into a spin that would eventually lead to the car rolling over and completely tattering.

As the safety crew rushed out, they would discover that the passenger was unconscious, but after being transported to the hospital, both occupants would be deemed ok.

Thanks to properly installed safety equipment, this didn’t end up being the worst case scenario. The majority of the car might be toast, but Nacho even managed to walk around with a first place trophy! It seemed like Nacho managed to take the sullen incident alright and with that attitude, we’re sure he will be back out in no time!