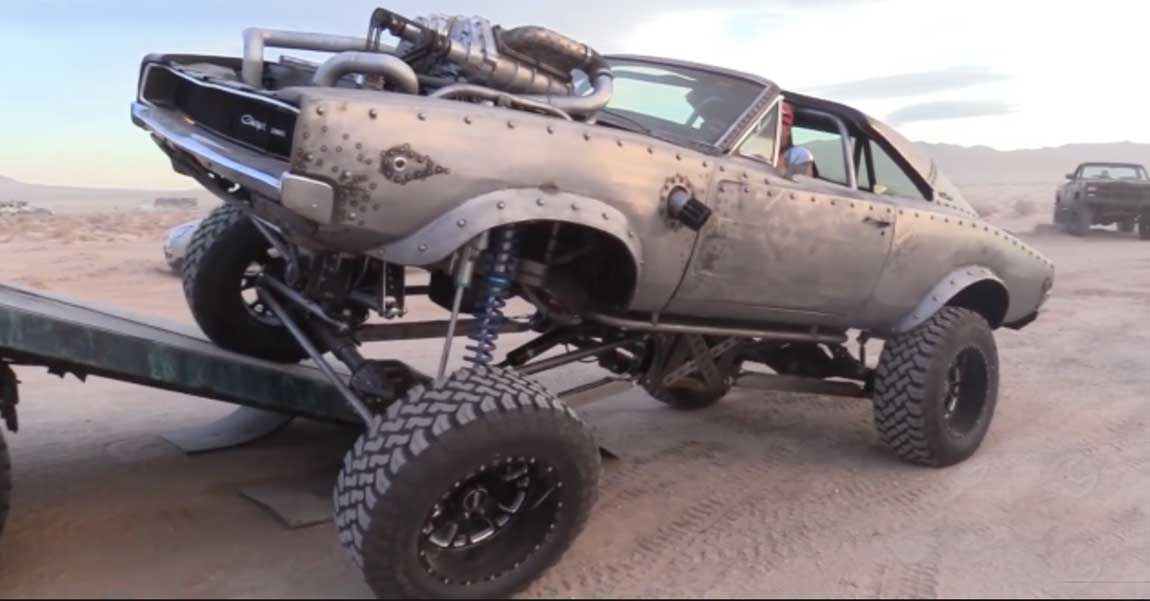 For those people who are proponents of keeping a car in factory showroom condition and the only way that they would have their classics is restored, they might want to look away. There is certainly a large group of people going for that original showroom look. However, there is a chance that even the most hardcore of purists could be won over. If that’s the case, we think that this is exactly the car that would do it. This Charger has it all!

This time, we take a ride along with our buddies over at Busted Knuckle Films to King of the Hammers. It’s one of the most insane off-road events that we see all year. This time, however, it isn’t a rock bouncer that Busted is bringing to the forefront of our attention. He goes a bit out of his wheelhouse with this one and we’re loving every second of it.

Instead of an insane bouncing machine, this time, we’re checking nothing other than a classic first generation Dodge Charger. It’s certainly one of the most iconic muscle cars of all time. What does a Charger have to do with the world of off-road? Well, for these builders, they’re about to teach you a thing or two about that concept. It turns out that you can take any platform and turn it to a desert destroyer.

Check out the video below as Busted takes us inside of the star of WelderUp, a television show that took the liberty of creating this off-road rat rod and making it the most one-of-a-kind Charger that you will ever lay eyes on. From top to bottom, we think that you’ll experience a great level of appreciation for such a machine and when you combine it with the tow rig pulling it around, it’s even more stellar!