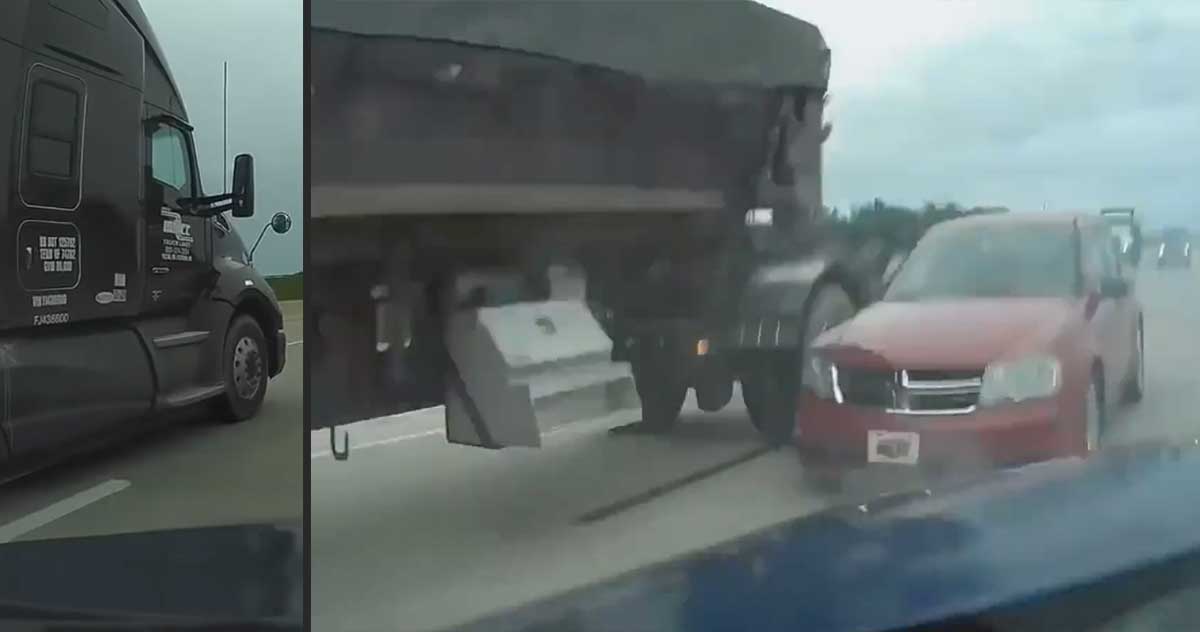 After a little bit of driving experience, it might become second nature to us. However, it’s important to remember that there is a lot going on out there other roadways. While we might overlook certain things, they don’t cease to happen. This is why, especially when on a crowded highway, it’s important for drivers to have their head on a swivel. There are all sorts of different people using the highway, some of which might have a little bit more maneuverability than others. Because of the lack of maneuverability of something like a semi truck, other motorists have to yield most of the time.

This time, we catch up with a dashcam video that shows a moment that this driver will never forget. Perhaps, while potentially traumatizing, this moment might be able to serve as a learning experience. This is true not only for the driver but also everybody who watches the video. When this 18-year-old attempted to merge onto the highway, she would find a massive truck blocking her path. Either these two were competing for the same space or somebody’s focus just went straight out the window. In either situation, the two end up colliding and the car ended up going for quite the spin.

Via the Oklahoma Highway Patrol, “A very scary ordeal for this 18 year old driver last Friday night on the Muskogee Turnpike. She failed to yield to a semi while merging onto the highway, hit it and went spinning out of control. She is ok. The people in the red car that she hit are ok as well. This is her own dash cam video. Her dad gave it to the Highway Patrol for training purposes”

After watching this video, we have to say that it seems like a miracle that everybody involved ended up being alright. After an incident like this, it definitely makes us take a look at our own driving habits to make sure that we don’t get wrapped up in a similar situation.