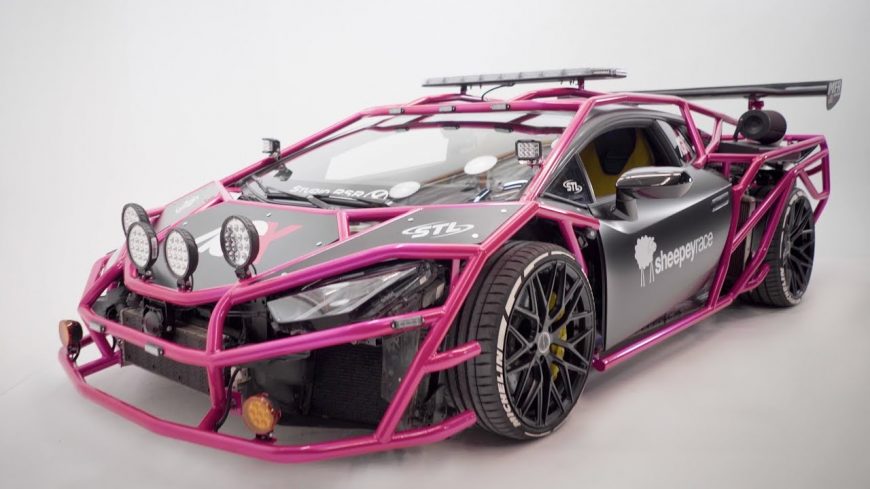 In the scheme of things in the car community, it seems like everybody is trying to stand out in their own way. Sometimes, this can be difficult because standing out can cost a good amount of money. For someone who has a vision, though, and maybe a couple of friends to aid them and their bank account, amazing things can happen. There are a lot of builds out there that are somewhat similar to one another. However, Alex Choi has come up with something that is unlike any Lamborghini we have seen before.

When the car disappeared from his YouTube channel for quite some time, fans begin to speculate. Some would have a keen insight as to the fact that he was undergoing a major build. Others thought that maybe he had wrecked the vehicle. The truth was that he was putting together something that would truly flip the concept of a Lamborghini on its head. To start off, a custom fabricated twin turbo kit would be added to the mix. However, that’s just where things begin. Beyond that, we catch a Lambo that looks like no other. In fact, when we see the rest of this thing, we almost forget about the performance aspect. That’s incredibly rare and might almost even be a first for the performance nuts you’ll find here at Speed Society.

In the pursuit of making this thing one-of-a-kind, Alex would decide to set it up with an external roll cage. The glossy pink cage would contrast the matte black finish of the Lamborghini Huracan in a look that almost seems like something out of a Fast and Furious movie. Alex actually does admit that the vehicle was partly inspired by the “flip cars” that could be spotted in the sixth installment of the franchise. When sprinkling a little bit of rally influence into the mix and tying it all together with seemingly countless custom components, this Lamborghini pops like no other.