Over the years, there have been tons of iconic cars to hit the streets. Sometimes, ...

Over the years, there have been tons of iconic cars to hit the streets. Sometimes, one might argue that there are multiple different iconic machines within the lineage of one model. This is especially true for those two who find themselves to be Corvette enthusiasts.

Over the years, we have seen lots of awesome Corvettes come to fruition. This time, we get to see two iconic Corvette models combined into one end product that we could spend all day drooling over. This modern meets classic collaboration is one that is done to perfection.

The car that started as a true 1954 Corvette has since been combined with the likes of a sixth-generation Corvette ZR1. With the help of an LS9 plucked from a ZR1 along with the C6 front suspension, the car is brought into the modern era. Throw in an Art Morrison chassis and Brembo carbon-ceramic front brakes and these name just a few of the major points that make this car a star.

What really seems to make the “Death Star” Corvette pop is the attention to detail, though. From top to bottom, no aspect of this machine was ignored. Instead, it seems like attention was paid to every single bolt that the Corvette has to offer. Because of that, the end product is all that much cleaner.

By following along with the feature below from AutotopiaLA, we’re able to get a much better idea of what the Corvette is all about. For those who can’t pick out a favorite generation, perhaps combining a couple of them is the ideal answer. At the end of the day, when you have a classic look from the old school combined with 590 hp at the rear wheels from the supercharged LS9, we don’t think you can go wrong.

I hope you’re ready for an adrenaline rush!

Here's What a Restomod Looks Like With $1 Million Invested 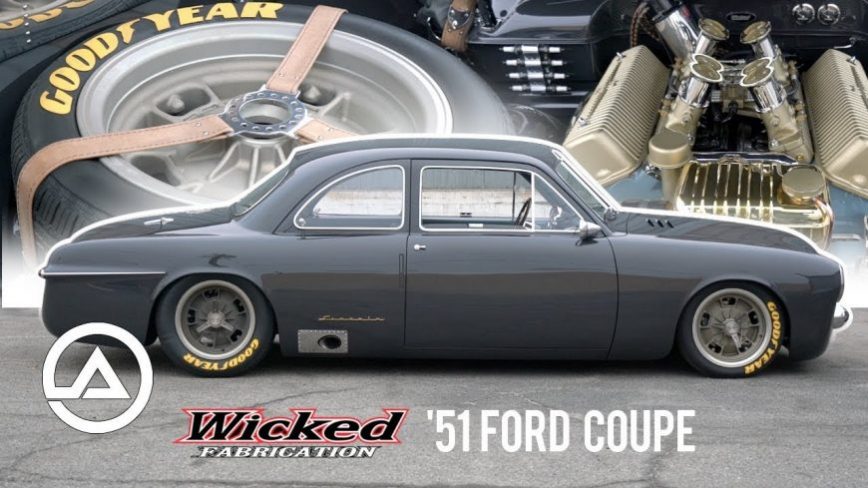