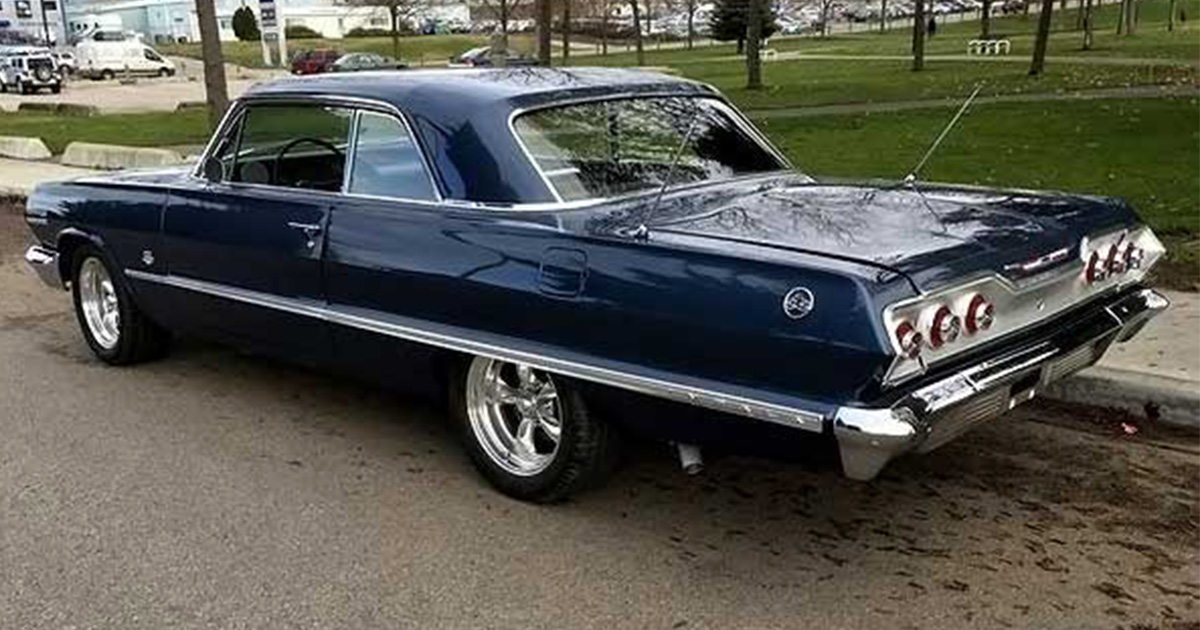 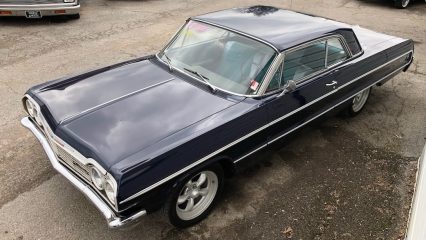 The 1963 Impala featured rectilinear styling with an engine-turned aluminum rear taillight panel surrounded by a chrome border on SS models. Engine choice was similar to 1962, with the small-block 283 cu in (4.6 L) and 327 cu in (5.4 L) V8s most popular. The Sport Sedan featured a new, creased roof line. A new “coved” instrument panel included simple indicator lights for hot and cold engine conditions. An optional factory tachometer was built into the dashboard, just above the steering wheel. Impala wagons got triple-unit taillights for the first time.

A special 427 cu in (7.0 L) version of the 409 cu in (6.7 L) engine was used in the 1963 Chevrolet Impala Sport Coupe, ordered under Chevrolet Regular Production Option (RPO) Z11. This was a special package created for drag racers and NASCAR and included a 427 with aluminum body parts and a cowl-induction air intake system. The aluminum body parts were fabricated in Flint, Michigan at the facility now known as GM Flint Metal Center. Unlike the later second-generation 427, it was based on the W-series 409 engine, but with a longer 3.65 in (93 mm) stroke. A high-rise, two-piece aluminum intake manifold and dual Carter AFB carburetors fed a 13.5:1 compression ratio to produce 430 horsepower (320 kW) and 575 lb⋅ft (780 N⋅m) of torque. Fifty RPO Z11 cars were produced at the Flint GM plant.