1966 Chevy Pickup Gets Absolutely Rowdy in the Mud 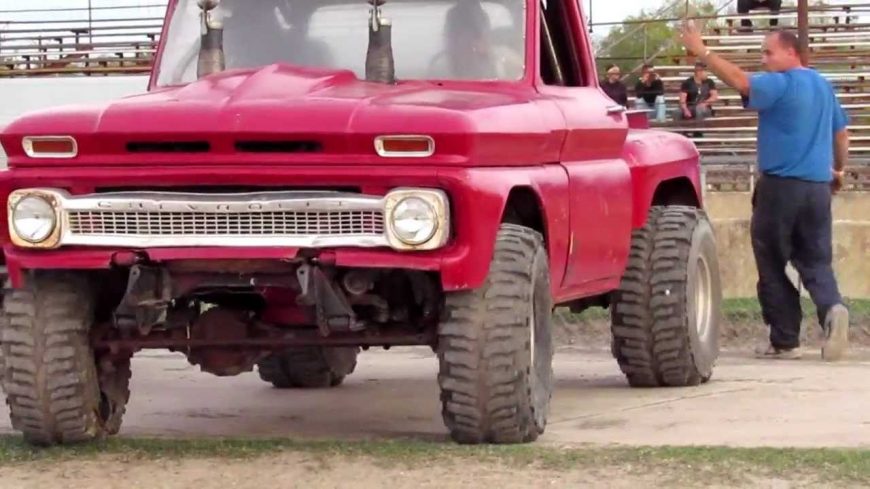 When we picture a 1966 Chevrolet pickup truck, we see something big and heavy, naturally so. These things were constructed in an age where material consideration was a lot simpler. The options that one could go with for the frame and body consisted of steel and more steel. This meant that the trucks were ultra-heavy but that was okay. They were built to suit a certain need and that need was met. This is why these days, the older pickup trucks are normally low and slow, acting as some sort of cruiser or maybe even still as a functional work vehicle. In this role, the trucks are still quite easy to fall in love with.

Apparently, the low and slow persona is something that nobody told to this pickup truck owner about. Instead, this 1966 Chevy stepside has been transformed into a mud dragster. That’s certainly a far cry from where it was born!

Not only has a truck been jacked up on some big mud tires but it’s also been tinkered with on the performance side as well. We haven’t been told exactly what the setup is on this beast but it’s anything but a cruiser. Instead, when the truck hits the mud, things tend to get just a little bit violent, instead. All in all, for us, it’s an absolute blast to watch. It takes the brain a moment to process something that big going that fast.

By following along with the video below, we are treated with the sweet taste of horsepower via Skullcrusher Adventures. When the driver throttles down here, this thing is absolutely going on a roll. This truck looks to have been built to be able to withstand quite a beating. That’s exactly what it does. As the mud dragster absolutely screams, all of the heads on the premises are guaranteed to turn!