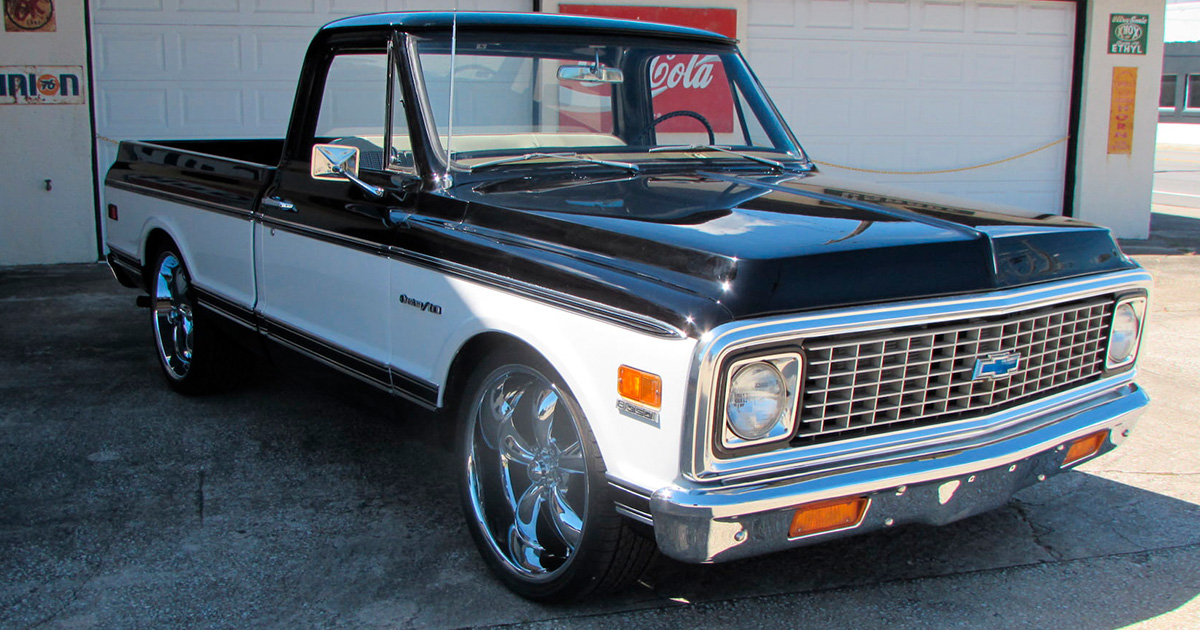 It’s hard to say any vehicle is as uniquely American as the pickup truck. Initially built for basic transportation needs, the pickup truck was the favorite vehicle of farmers and tradespeople. They used it for hauling heavy loads over bumpy roads (and fields), and since the pickup truck could withstand rough use, it quickly became a top seller in America.

I remember this ’72 Chevy C10 pick-up from the 2013 NSRA Street Rod Nationals. It was still a good-looking street truck, but now after the guys at Big Oak Garage have done some enhancements on it (again) there is a big difference in terms of appearance. 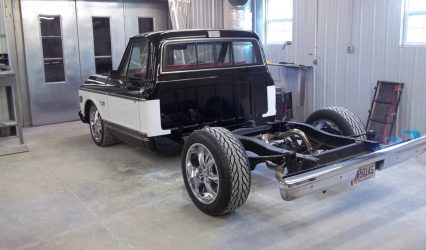 I mean the awesome paint job, stunning custom Red interior, and 383 stroker motor were still there, but now the stance just rocks. The upgraded suspension, new wheels, and red-line tires fit the build way better and I’m sure those of you who have seen this 1972 Chevy C10 back then would agree. 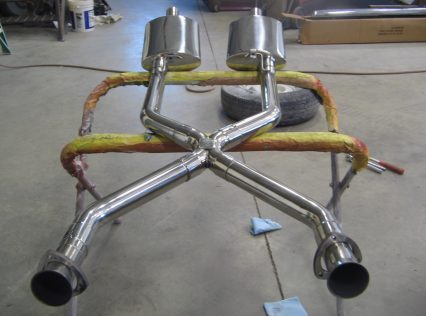 The second-generation C/K was introduced for the 1967 model year. Designated the “Action Line” generation by General Motors, the C/K largely carried over its drop-center ladder frame and its coil-sprung rear axle, but the body was redesigned from the ground up to improve its capability as a multi-purpose vehicle. Alongside a utilitarian vehicle intended for work or farm use, the C/K was also offered with optional features carried over from Chevrolet sedans, including automatic transmissions, AM/FM radio, carpet, and two-tone paint.

While the Action Line would not undergo a definitive model revision through its production, the series underwent gradual changes on a biannual basis.[1] The drivetrain line underwent multiple revisions, as a large-block V8 was offered for the first time in 1968. After 1969, GM switched entirely to Chevrolet-produced engines for C/K pickup trucks.

This generation marks the debut of the Chevrolet Cheyenne and GMC Sierra nameplates; introduced in 1971 and 1972, respectively, General Motors still uses both nameplates for full-size pickups in current production. The Action-Line pickup also served as the basis of ancestors of modern full-size SUVs, including the Chevrolet K5 Blazer, an open-body off-road vehicle, and the Chevrolet Suburban truck-based station wagon.