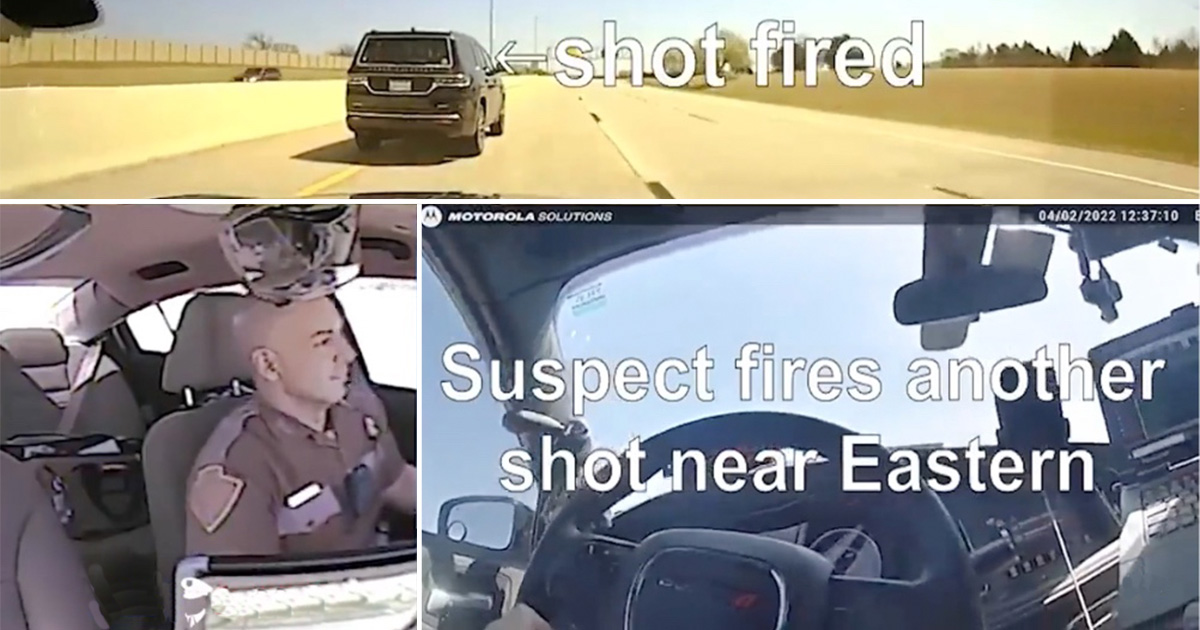 Oklahoma Highway Patrol released dash cam and body cam footage from an officer who ended up in a situation that looked like nothing sort of a movie. However, we can guarantee you that this action sequence wasn’t from a high-budget Hollywood film but instead was very much real life on an Oklahoma highway unfolding in front of our eyes.

Trooper, Brack Miller, engaged in a chase with a black SUV on Turner Turnpike in Oklahoma City earlier this year. The suspect apparently wasn’t ready to pull over and instead fired gun shots out of the back of the SUV toward the police cruiser.

Footage provided by the Oklahoma Highway Patrol shows the officer reacting to this crazy incident in an incredibly cool and calm manner. Situations like this would be enough to make a lot of people pull over and question if it’s really worth the chase. However, Miller surged forward. Not only did he manage to control his car and keep up with the suspect. He also attempted several times to perform tactical vehicle intervention which he eventually did successfully. In the meantime, Officer Miller was calmly communicating with his team and dodging gunshots. Long story short, this guy is nothing short of a certified badass.

The video below shows the chase with the armed robbery suspects. Following the footage, reports say that the suspects exited the vehicle with a rifle after the vehicle was disabled. While barricaded by the SUV, they would begin to shoot at troopers who returned fire at the suspect where he was struck and killed on the scene. The report also says that two troopers were injured in the incident but are expected to recover. Footage of the shoot-out hasn’t been released to the public yet as the situation is pending an investigation.