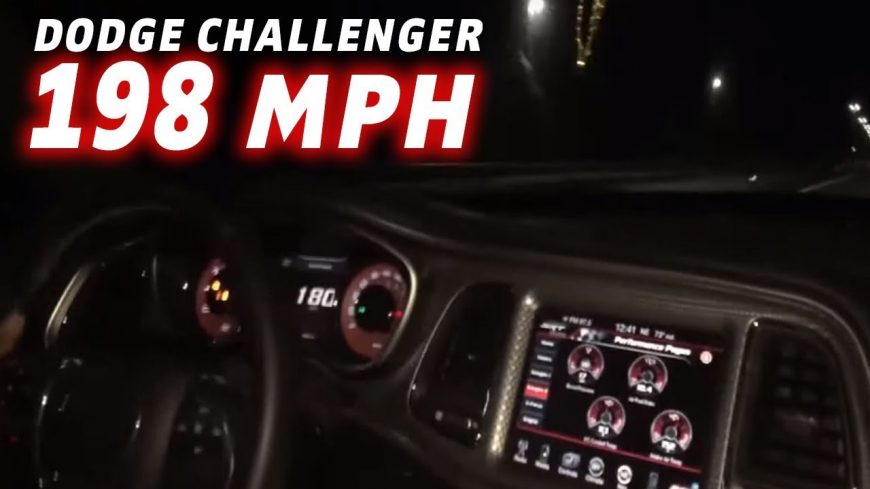 When you’re behind the wheel of a fast car, sometimes you can just feel that for speed. There’s just something about a machine with lots of horsepower that can be begging you to pound the accelerator. However, as you know, in most real-world situations, it can be very important to exercise self-control. After all, when you elect to push your speed on public roadways, you’re putting everybody’s personal safety in jeopardy, including your own. Apparently, that’s a memo that this driver just simply did not get. Instead, he decided to really play with fire as he would take things to a new level entirely behind the wheel of his Dodge Challenger.

Apparently, the owner of this car was super proud of it to the extent that he decided to go for a little jaunt on the highway, one that would end up climbing to north of 190 mph, 198 to be exact. I’m not sure about you, but personally, we have definitely never seen a speed limit that high before in fact, that’s almost triple any speed limit that you’ll find anywhere in the United States. When you do something like that and post it on the internet, there is definitely going to be some people who aren’t too happy to catch wind of it.

If you follow along with the video below, you’ll be able to learn all about how exactly this guy would go about getting himself caught up in a situation where he probably drew a little bit more attention than he had originally anticipated. With something like that, we would probably recommend that you don’t do it in the first place, however, after the deed was done, we wouldn’t think that the first thing that this driver would think to do would be to leave a trail of breadcrumbs back to himself, leaving law enforcement to figure out who he was and where to find him.

« Forget the El Camino, Who Remembers the Dodge Rampage?