Forget the El Camino, Who Remembers the Dodge Rampage?

Forget the El Camino, Who Remembers the Dodge Rampage?

Sometimes, cars might pop up in conversation that really make you ask a lot of ...

Sometimes, cars might pop up in conversation that really make you ask a lot of questions. A good example of this is one that they call the Dodge Rampage. To answer your question, “Yes.” It is as Dale Earnhardt meets Ricky Bobby while blasting “Free Bird” as it sounds.

If you’ve never heard of it, that’s for good reason because there aren’t not too many people that have caught wind of this neat little gem that popped up in the 80s and stuck around for a couple of years before falling off of the edge of the Earth, never to be heard from again. Even those who are deeply engrossed in automotive culture probably have absolutely no idea what this thing is.

Basically, what you want to think of here is your grandfather’s compact Chrysler from the 80s mixed with something like a Chevrolet El Camino. Essentially, the Rampage was to act as Dodge’s light duty truck mixed with a car in an attempt, or at least we would assume, to compete with the rest of the segment like the Ford Ranchero and aforementioned El Camino. However, after a model span of just two years from 1982 through 1984, the sport compact would eventually find its way to rest.

If you follow along down below, you’ll be able to get a walk around of this vehicle that is incredibly rare with all 2.2L of fury and what looks to be an aftermarket turbo setup. In fact, we wouldn’t be shocked to hear that these things become collector’s items in the near future as they fetch larger and larger price tags. If you should so happen to be a fan of the obscure, this might be just a vehicle for you. I’m not sure that it really gets too much more offbeat than a truck like this. 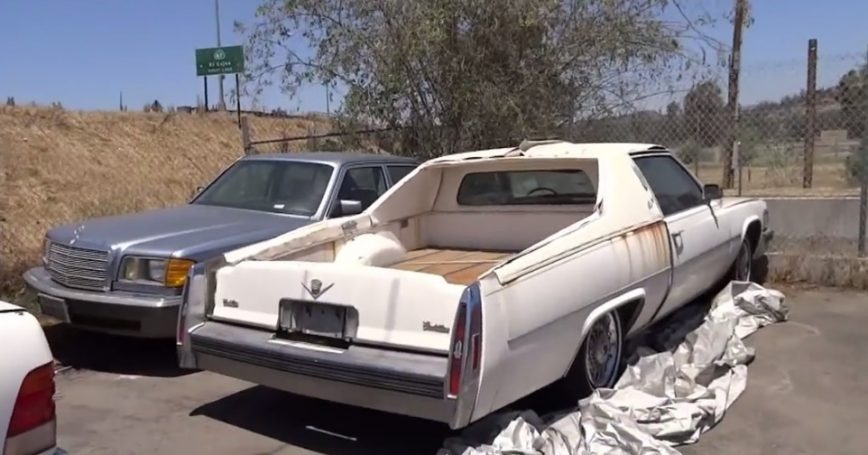