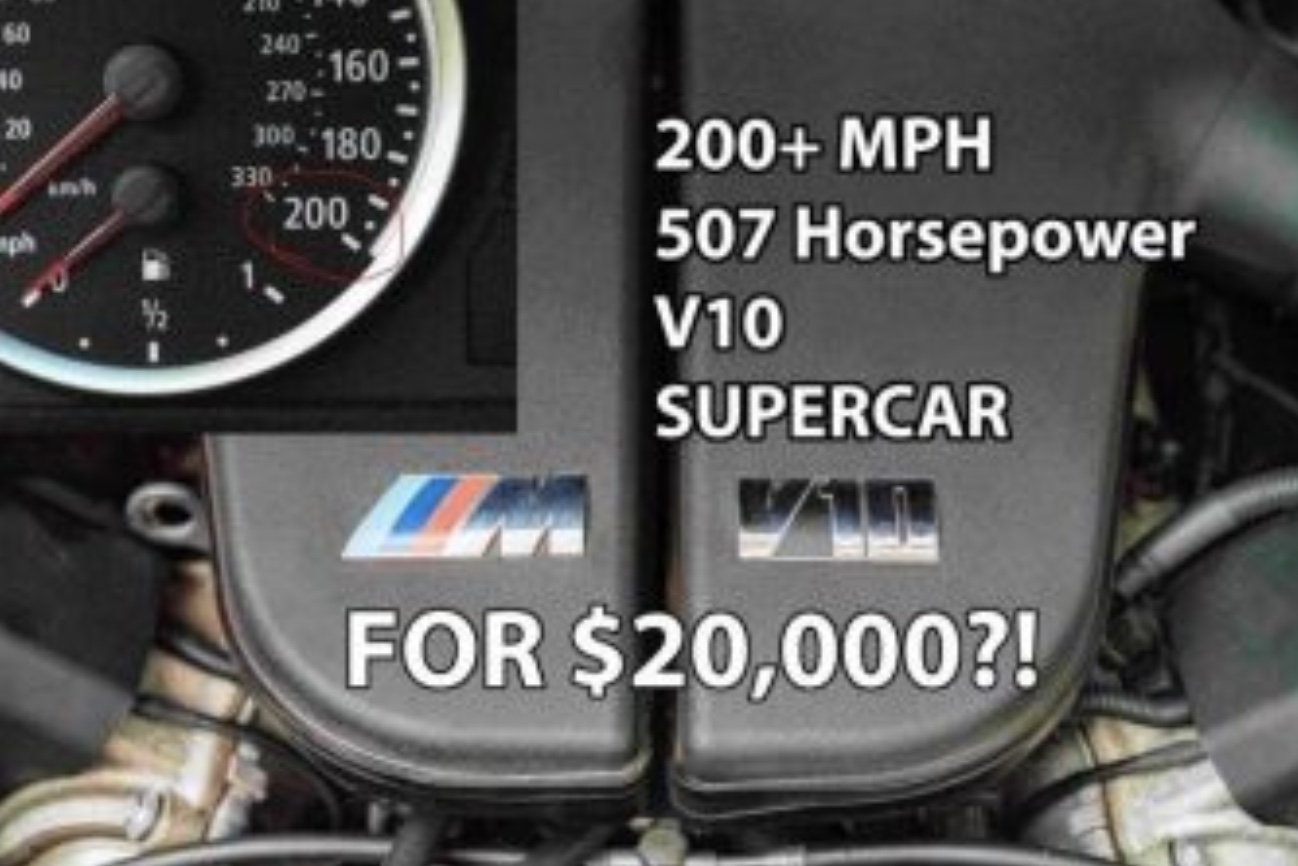 I’m going to start right off the top here and say that this kid may need to be educated on the term “supercar”, as it seems he uses it rather loosely. However, overlooking that, he does make a pretty excellent observation about a ride that seems to be a great car and an incredible value for the price.

The late 2000’s iterations of the BMW M5 featured a lot of upside, checking in at over 500 horsepower thanks to the big torquey V10 engine under the hood. While in stock configuration, the car is limited to 155 MPH, if you have the limiter removed it is supposedly capable of eclipsing the double-century mark, a lofty claim that I’d certainly have to see proof of before passing it off as fact. Of course, for most of us, 155 MPH is plenty, and this car will certainly do that without breaking a sweat, all the while transporting you and four of your closest friends in the level of comfort BMW is known for.

The M5 isn’t perfect, though, which is part of the reason they can be found in the mid-$20K range. There was an issue with the bearings in some of the engines, although that is addressed as a little bit of fear-mongering thanks to Internet forums and “bad-news-travels-fast” mentality among the cars buyers. It also gets notoriously bad fuel mileage, a necessary trade-off for the big V10 to safely output 500 horsepower without the aid of a turbocharger.

However, for a car with so much upside, a higher monthly fuel bill may well be worth the trade-off considering the awesome time you’ll have driving this car, especially if you pick up a six-speed manual, which has to be an absolute blast to drive in a car this big. It’s worth looking into, especially for a secondary ride for weekend driving when the mood strikes.