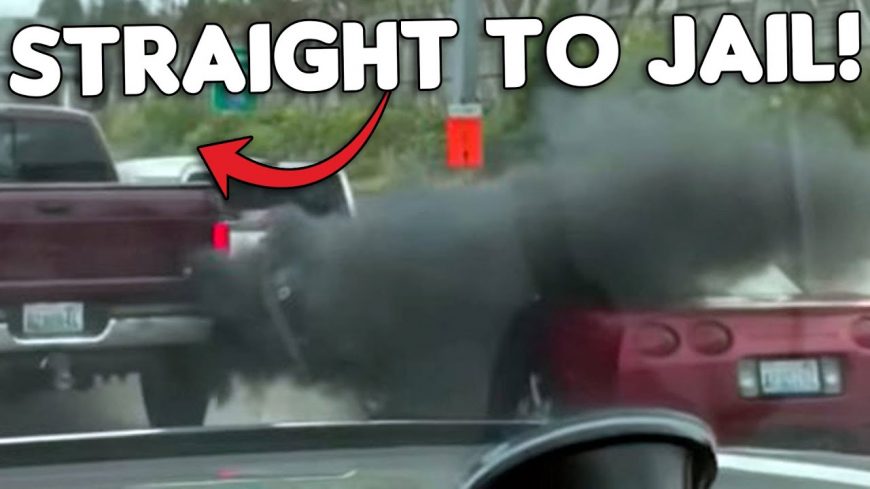 Modified diesel trucks have been a hot topic of discussion with environmental agencies within the government. Apparently, Uncle Sam’s environmentally friendly division has decided that altering or removing emissions controls from your diesel truck isn’t going to fly any longer.

As it turns out, deleting the emission systems from a diesel truck is actually one of the most common things that a diesel enthusiast will do. However, it turns out that the shops that facilitate this kind of thing have gotten themselves into some hot water lately, receiving six-figure fines or more and even time behind bars. Check out this example of the guy who was fined $1.3 million by the EPA and even faced jail time for his part in selling diesel tuners.

In any case, it appears as if certain sections of the government have decided to up their game from regulating diesel shops to stalking people on Facebook Marketplace who were trying to sell used diesel-powered trucks with deleted emission systems. I thought this was a joke at first but after some reading, it appears very much be the real deal.

The Drive originally caught up with a diesel truck owner by the name of Mike Sebold who was trying to sell his 2008 Cummins-powered Dodge Ram on Facebook Marketplace. The article goes on to say that the individual would be contacted by several people who asked for more details and before long, he received a notice in the mail that forced him to comply with returning the truck to stock… or else.

Basically, the notice stated that the truck had to be removed from public streets until the issues were fixed. This meant that not only could the vehicle not be sold but it couldn’t be driven anymore, either, under the threat of fines.

The video down below fills in the rest of the details about exactly how New Jersey has taken it upon itself to weed out modified diesel trucks, employing people to go around finding Facebook marketplace listings and catching these sellers in the act.

Is this a wise use of resources or just another way for taxpayer money to go to waste? We will let you be the judge.