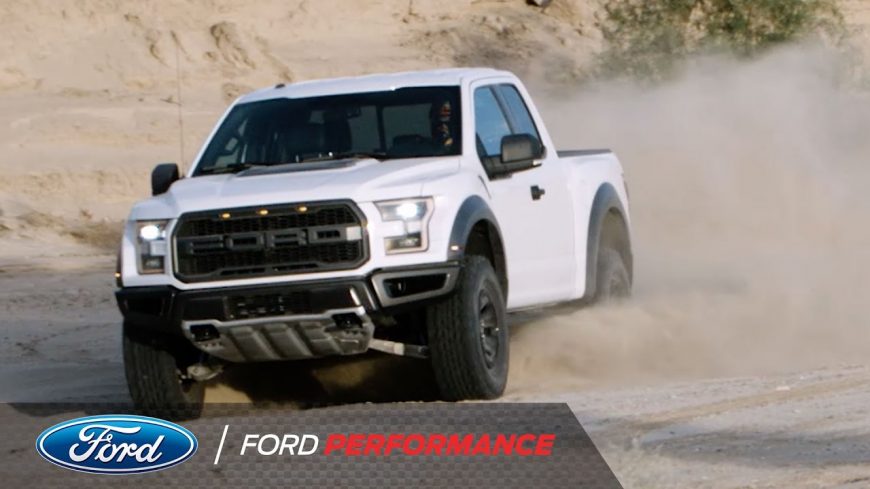 The al new 2017 Ford Raptor, equipped with the new 3.5-liter twin-turbo EcoBoost engine, turns out 510 lb ft. of torque and 450 horsepower across a very wide power band. In this new model there is a reduction of up to 500 pounds in weight, the Raptor’s EPA-rated combined fuel economy has been improved by 23% compared to the previous generation.

The Raptors new power numbers are confirmed in this new video by Ford, We can’t wait to test one out and feel the boost kick in out in the dunes of Glamis.

The old Ford Raptor was only at 411 HP and 434 lb-ft of torque which is why we had to slap a Roush exhaust and supercharger on ours. The 3.5-liter turbocharged V6 in the new Raptor, using the EcoBoost technology outperforms the old car with 2 cylinders less than the v8 raptor!

« Pontoon boat goes over the dam and gets completely annihilated