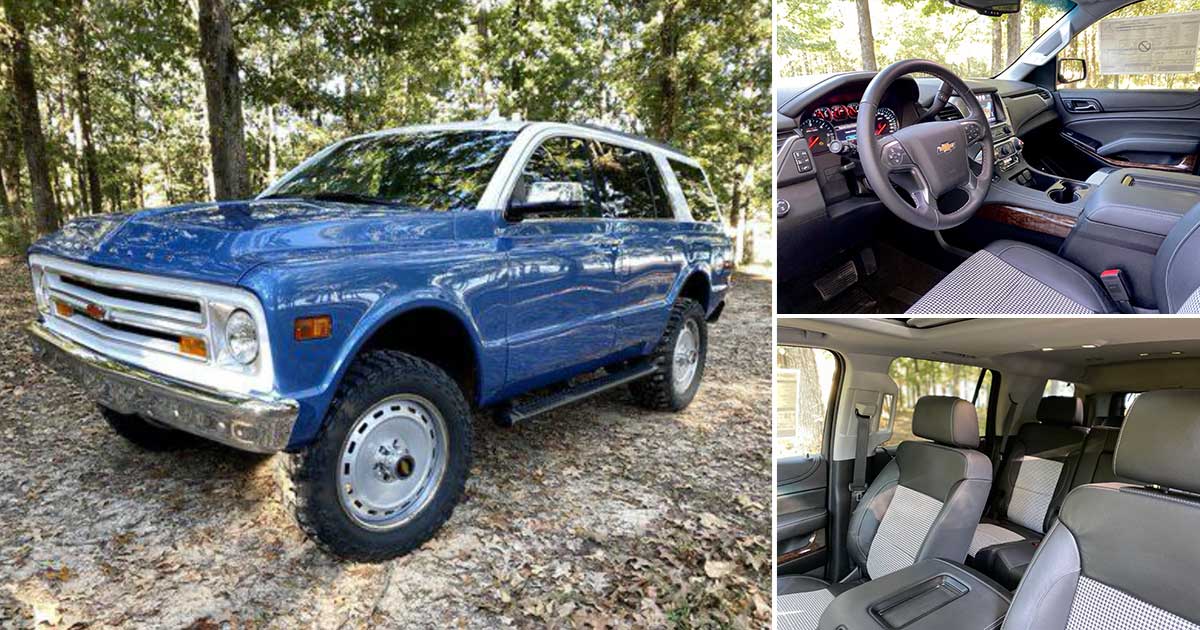 Over the years, there are certain looks that we have become attached to as the classics. For example, many of those who hold older General Motors trucks in high regard have found love for the K5 Blazer. The platform spanned the decades from the 60s until the early 90s, picking up enthusiasts as it went. While these old school Blazers are certainly fun to look at, they’re just old in other ways that aren’t as fun.

Let’s just say that late-model vehicles have better options available in just about every facet. From the interior to the technology and everything in between, there’s not really much of a comparison.

On the other hand, though, there is something to be said about a vintage ride being simpler. This simplicity might be a big part of the draw to an old school ride. There’s not as much to think about and the driver just gets in and goes. If something breaks, more likely than not, it’s a relatively simple fix. With that in mind, there are definitely 2 schools of thought on if modern or old school is better.

This time, though, we join in with the creation that attempts to combine both of them. If this K5 Blazer looks a little bit different, that’s because it’s not actually a K5 Blazer. Instead, the folks at Flat Out Autos took it upon themselves to combine a 2018 Chevrolet Tahoe LTZ with K5 body parts.

As they describe it, the vehicle offers “All of the classic look of a first gen K5 Blazer but with the comfort and reliability of a modern SUV.”

These days, a Tahoe LTZ is about as plush as its going to get. When it comes to cutting edge in the SUV market, look no further. With this collaboration, though, we get some nostalgic looks with all of the luxuries and safety features of a modern SUV.

The concept is rather interesting but how does that transfer to the material world? That will be up to the eye of the beholder!