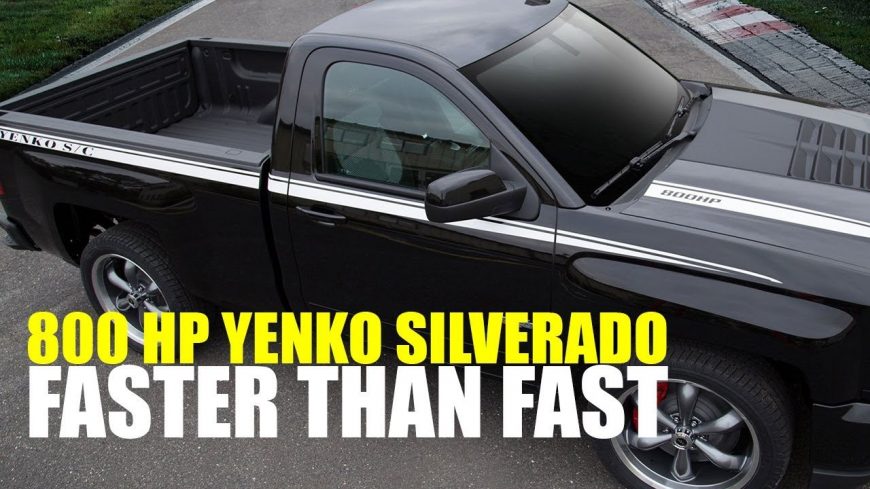 When you think of the name “Yenko,” you probably flash back to the old school muscle cars that used to sport the name, complete with custom packages that would really differentiate them from the rest of the pack and make them stand out as one-of-a-kind beasts in the streets. They were really sought after and if you can get your hands on one still, the same applies today but, from the company that you haven’t heard too much from in recent years, we’re getting another package that might make truck fans turn their heads to take a peek.

From the get-go, it’s probably important to note that if you’re into this type of performance truck, it isn’t coming cheap. At a reported starting price of $46,995 for the package alone in addition to the cost of the truck, an optioned out version of the pickup could total out to a smooth $100k. Now, in the scheme of things, that kind of a price tag isn’t necessarily as much as it used to be but it really makes you wonder what all is included to really make a pickup worth all that money.

Well for starters, this thing is packing quite a punch. Thanks to the help of a supercharged 6.8L V8 power plant, the truck is able to deliver 800hp and 750tq thanks to the engine that’s based on new-style LT1 architecture. With elements like a forged crankshaft, forged aluminum pistons, a CNC-ported cylinder head, and a custom stainless steel exhaust, this thing will sing down the streets with ease. When it comes to a power per dollar stance, it’s tough to compete with the truck out of the box when you really look at what’s out there. Top it all out with a suspension that’s fully custom, a beefy set of brakes to slow down the heavyweight, and custom graphics, inside and out, all of the available options will make this thing a joy to drive even if some of them do cost a bit more money!

« Putting the Mercedes G-Wagen to the Test Off-Road