We never would’ve thought the vehicle as simple as the Ford Ranger ...

We never would’ve thought the vehicle as simple as the Ford Ranger could’ve created such a stir. However, when the Ranger last saw dealers here in the United States in the 2006 model year, fans almost immediately started clamoring for it to come back. The mighty yet small minitruck provided a lot of utility for those who were looking to navigate without the bulkiness of a full-size truck. As of 2019, fans have gotten their wishes and now, we get to take a look at what exactly everyone is getting now that the Ranger is finding its way to streets across the country.

Obviously, since it’s been years upon years since the last time that we’ve seen these things, it’s almost entirely new from the last rendition. For what’s under the hood all the way to the interior and functionality, we see a lot to love with the new Ford pickup. In this one over, thanks to the guys over at AmericanTrucks Ford, we get to go on a guided tour of the small but mighty pickup truck to see what’s going on and why the price tag is where it sits. After all, this seems to be one a major point of discussion for some as the price to hop into one of these bad boys starts at $24,000.

By following along below, we get the overview that goes through just about every single factor that one can come to expect when they get their hands on the Ranger. We even get the opportunity to see the truck make its way to the dyno rollers for those who have their eye on the minitruck’s performance. It will be some time before the consumer decides if this version of the truck is a win but from what we’re seeing so far, it does look like we’re back to the Ranger that people had grown to know and love. 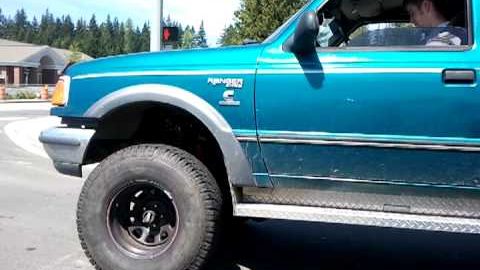