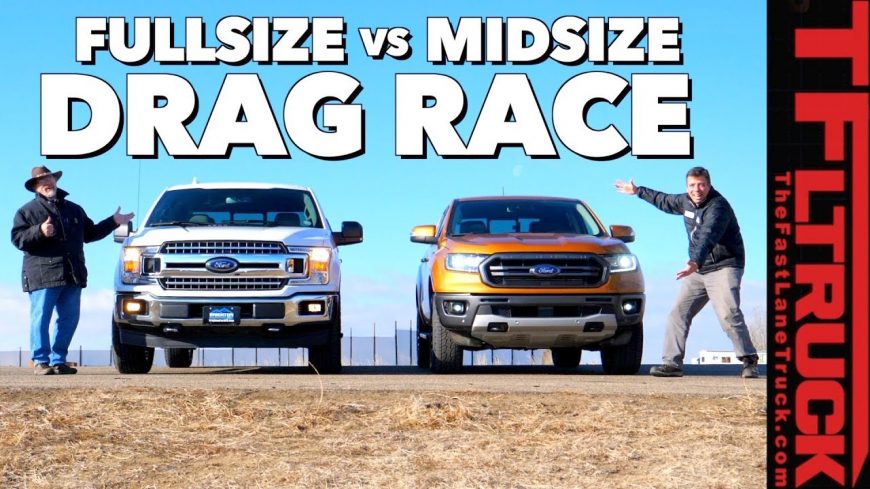 Since the dawn of time, we’ve seen the Ford Ranger act as the little brother to the Ford F-150. While some might take a look at vehicles like this and think that the Ranger may have an advantage in speed because it’s much lighter, well, it never really has. The truck has seemed to take a backseat to the F-150 in most performance metrics.

After all, the goal with these midsize trucks is to get drivers in them at an affordable price. Spending money on unnecessary development would defeat the purpose. With the F-150 getting the more powerful options, it’s always been dominant in pretty much every way imaginable. However, in this day and age, with the way that horsepower is being created so easily, perhaps the Ranger finally stands a chance against its bigger brother.

If there’s somebody that we know is going to be good for doing a test like this, we can look toward TFL Truck to carry it out. In this one, the Ranger gets its chance to shine. It’s going to be going head-to-head against the big brother in a variety of tasks. In these tasks, we go over several metrics from power to available options to see which juice is more worth the squeeze. Obviously, the F-150 and Ranger have very different target markets. We’re still really curious to see if the Ranger can outperform the F-150 in any metric, though.

By following along with the video below, we get the comparison that has this brand battling it out within. Will the small and mighty Ranger be able to take down the full-size truck? There’s only one way to find out! We have to admit that we’re rooting for the underdog here. We get the feeling that, as the years keep coming, this won’t be the last time that we hear about the sibling rivalry between these competitors.

« MurderNova Lights The Boards Testing At The Track.