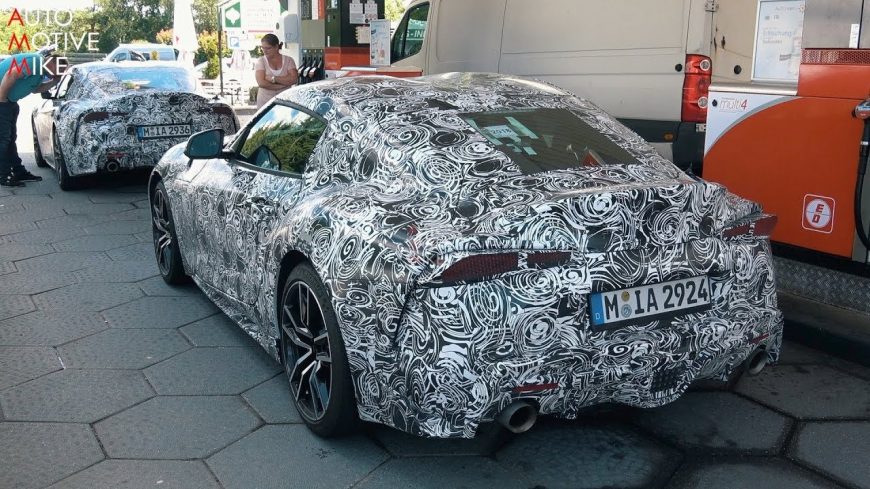 Among the cars rumble about the streets, it’s most certainly no secret that the Toyota Supra is toward the top of the list when it comes to fan favorites. Naturally, that would mean that since the car’s demise in 2002, there has always been clamouring to bring the model back with each and every model year that it stays dormant. This year, though, it looks like we finally might have some solid evidence that the once great performance machine is making its return to the streets in 2019 with the help of BMW!

Sure, it’s only a teaser, but that is all that Supra fans need to keep their hope going as this camouflaged test mule is captured on video roaming around. Most notably to the people interested in participating in the comments section of the video, the car sounds nothing like that 2jz of old but that doesn’t deter us from being excited about what the future might hold for this beloved ride. Instead, the car has been speculated to offer BMW’s single-turbo 3.0-liter B58B30.

You have to remember that no matter how great the newest Supra could be, you’re always going to have that group of fans that will condemn it because they can’t let go of the car of old. Maybe there’s some sort of middle ground to be had, though, where fans can find a way to appreciate the two cars as separate entities because, for all we know, the next generation of Supra could be one of the nastiest cars to come off of the assembly line in years. Check out the video below that is about all that we have so far in relation to the possibility of this new car and tell us what you think of the breadcrumbs leading up to a new Supra.

« What Happens When Everyone on an Airplane Passes Out After Loss of Cabin Pressure?