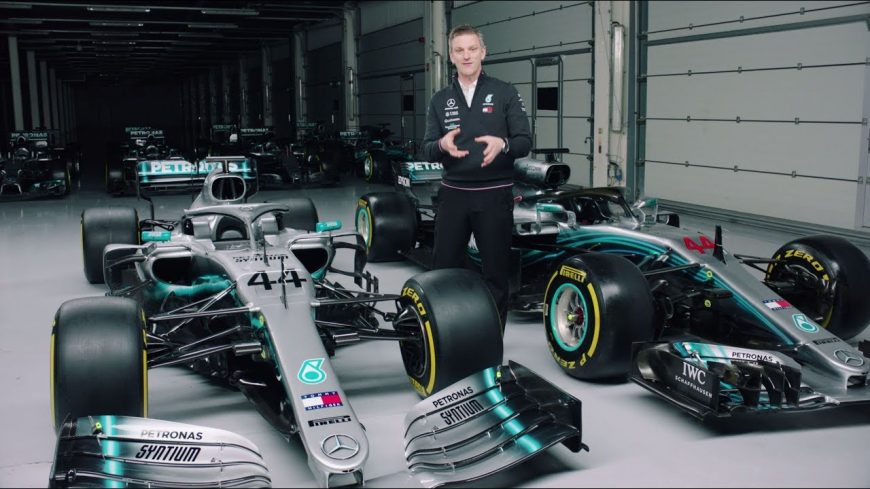 As much as I love drag racing, it’s no secret that even the most technologically advanced drag car looks like a Model T compared to modern Formula 1 cars. While my beloved drag cars are faster and much more powerful, F1 cars feature tech that the drag racing world could only dream about.

One area where F1 seems to get more advanced each year is aerodynamics. With cars capable of speeds in excess of 200 mph while also taking turns at the highest speeds possible, aerodynamics play an important role in the speeds the cars are able to reach, we well as keeping them glued to the track though the twists and turns.

The differences between the 2018 and 2019 Mercedes Petronas F1 cars may not be readily noticeable to the casual observer like myself, but as you will see in this six minute video that shares some of the differences in great detail, there are numerous difference between the outgoing model and the one hitting the track this year.

One of the key areas that all F1 teams focus on is wrangling the air that is disturbed by the hilariously un-aerodynamic front tires. With as much design work and testing that goes into designing the bodies of these cars, the massive, ungainly wheels and tires present quite the problem, especially up front. With the tire spinning at speed, the air coming off of it just rolls and tumbles over the car, but regulations are strict about what can be done in front of the tire to regulate the airflow over and around the tire. The teams do as much as they can, but this is a problem that hasn’t been fully addressed as of 2019.

Further back, we see that the rear wing has been altered to allow more downforce, while the top element is adjustable to tune for different tracks and conditions.

These are just a couple of the changes made for the 2019 season, and if more changes are needed after winter testing, the car that actually enters the first race of the year may feature even more changes.

« Pininfarina Unveils Its First Car And It Is A Monster Hypercar