In this day and age, it seems like much of the focus in the automotive market is on ...

In this day and age, it seems like much of the focus in the automotive market is on electric vehicles. It’s hard to argue with their well-rounded abilities. After all, not only are they efficient. In addition, we see that they also can pack quite a heavy performance punch. After all, Tesla’s new Cybertruck is expected to be a 10-second vehicle straight out-of-the-box.

Luckily, for those of us who are fans of good old-fashioned combustion, this isn’t the only trend that’s been coming back. In addition, we have seen performance trucks rearing their heads once again. This seems like a trend that was ignored for the most part for a rather long time. In recent years, though, we’ve seen the high-performance application coming back to life in pick up trucks once again.

One of the longest living current examples would be that of the SVT Raptor. We see another high-performance off-road competitor in the Ram Rebel. One package even promises 707 supercharged horsepower as found in a Hellcat.

When it comes to the on-road segment, though, we haven’t really had that much to play with. This year, though, it looks like Shelby American is bringing a heavy stick to the table.

The Shelby Super Snake Sport F-150 is their answer to a market that has been begging for a street performance truck. The machine will be offered in a regular cab short bed. Featuring a custom suspension and 755 supercharged horsepower, this thing is going to be a force to be reckoned with. To top it off, it has all sorts of visual enhancements, both inside and out.

“Our goal was to build the unrivaled ‘king of the road’ F-150 and a nightmare for any other truck,” said LaViolette. “And it is. We found the Shelby Super Snake Sport F-150 concept astonishingly fast during our testing. This concept certainly lives up to our initial vision for the truck.” 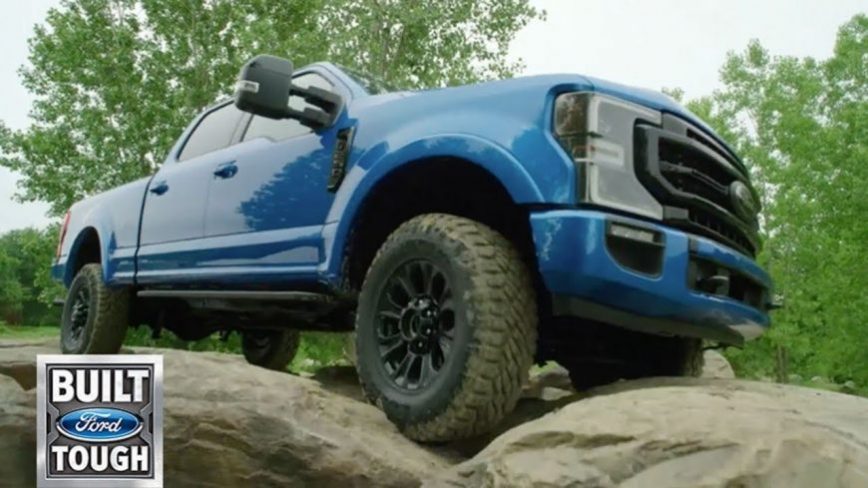