The New 2020 Jeep Wrangler EcoDiesel Gets Enough Torque To Crawl Up Everest! 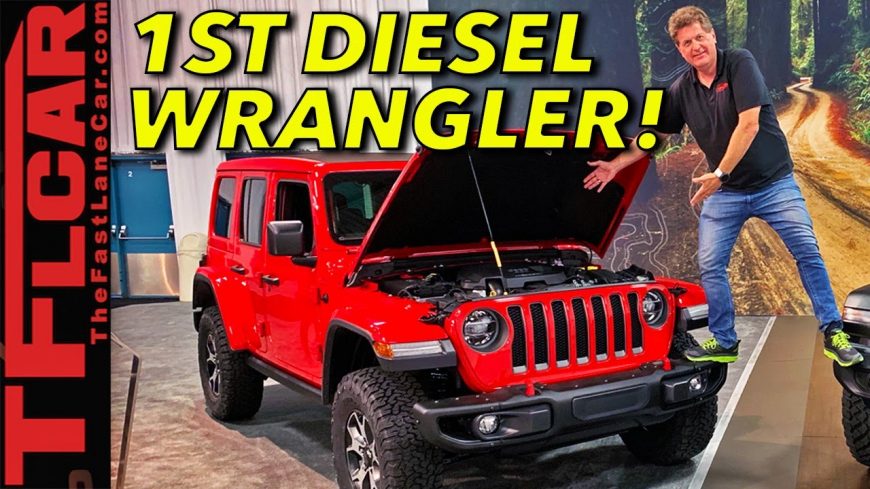 What comes to the most popular vehicles on the road, look no further than the Jeep Wrangler. With a whole plethora of potential abilities, there’s no telling what somebody would do with their Wrangler. It’s gathered a reputation for being daily drivable and also rugged enough in case somebody wants to get a little bit frisky. We would probably describe it best as being well rounded.

Recently, it seems as if Jeep has decided to up the ante once again. In the day and age of better fuel economy and more power simultaneously, they’ve journeyed into new territory. While the Wrangler has exclusively been a gasoline-powered platform, it will now come with an EcoDiesel option.

These engines have traditionally been able to squeeze out more power. On the flip side, when it comes to being able to get more bang for your buck with each gallon of fuel, depending on the diesel engine, many times, it will be much more efficient. This is why receipt diesel-powered cars get insane amounts of gas mileage. We always couldn’t help but envy those diesel powered Volkswagens back in the day.

This time, we get the opportunity to tour the new 2020 Jeep Wrangler fitted with an EcoDiesel. After seeing this all come together in what appears to be a perfect package, it leads us to wonder only why this didn’t happen sooner. It just seems to make so much sense that a lightweight platform like this would be able to receive such a powerplant. The EcoDiesel Jeep might just be the perfect marriage of components.

After touring the Wrangler down in the video below, be sure to chime in with what you think. Is a diesel engine in a Wrangler a great idea? Sure, it will probably up the price a little bit but we would argue that there is certainly upside to be had.