Sometimes, when taking a look at the view in the automotive landscape, things ...

Sometimes, when taking a look at the view in the automotive landscape, things might’ve have played out rather predictably. Perhaps the signs were all there and pieces just fell right in place. More commonly, though, we find that the way that platforms look today are nothing like what was expected. This comes as a result of a conglomerate of new ideas, environmental factors, and the ever-changing appetite of the consumer.

For example, if we were told just a couple of years ago that the Ford Mustang would offer a high-performance small displacement package in the future, we would probably shrug it off. More laughable would be the idea that electric cars would be competing on the drag strip. Even though there are rumors of an electric Mustang coming in the near future, we won’t dig into that ball of wax here. Let’s crack into the 2020 “High-Performance Package” Mustang, though. Shall we? The combo certainly brings something different to the table. It might even be a step in the push that could make all engines a touch smaller.

It was only a couple of years ago that Ford had announced that it would be adding the EcoBoost application to the Mustang. To some, the announcement might’ve been a real head-scratcher. Why did America’s muscle machine need anything with fewer than eight cylinders? It had to be a boring fuel-efficient option for those who didn’t care about performance, right?

As time would have it, eventually, the EcoBoost seemed to pan out to really have some merit. The car proved itself in drivability as well as on the track. What might’ve seemed to be a gimmick at first really has since found a way to cement itself as a viable option on multiple axes. It seems as if Ford has no intentions of slowing down as they continue expanding upon the concept.

In 2020, it looks like the company has made the call to reintroduce the turbocharged four-cylinder from the recently defunct Ford Focus RS. This time, it’s to the Mustang platform. The high output package will continue with the EcoBoost lineage. For 2020, the turbocharged 2.3L will be cranking out 330 hp and 350 lb-ft of torque. That’s a 20 hp bump over what we’ve come to expect with the EcoBoost found in the 2019 version of the Mustang. Just for the sake of comparison, that’s also more power and torque than the Mustang GT made until 2011. Handling and aero upgrades along with Mustang GT brakes will be the cherry on the sundae for the High-Performance Pack.

Whether or not the sound is acceptable coming from a Mustang or not will be completely up to you, though! 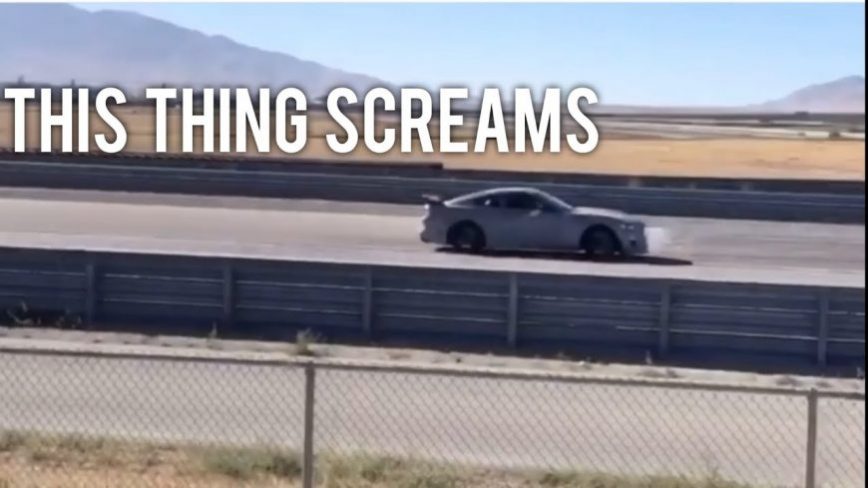