Perhaps one of the best-kept secrets in all of the grudge racing are the times that ...

Perhaps one of the best-kept secrets in all of the grudge racing are the times that the cars are able to produce at the track. Drivers might allow a couple of small details to slip here and there. One thing that we absolutely never see from the hardcore grudge scene are times. After all, in the scheme of negotiating a race, all sorts of things can be twisted to modify the truth. It’s kind of hard to talk your way into a race when the other driver knows what you run, though.

Drivers usually try to do everything that they can in order to gain an advantage on the next driver. It’s really a dog eat dog world where every last advantage counts. In some situations, posting a time can kind of spell out the end of a grudge car’s career.

If history were an indication of what we would see from someone like Big Chief, no times would ever be displayed. However, it seems like, recently at Thunder Valley Raceway, the exact opposite happened. Now, something that’s important to note is that Chief pretty much always races to the eighth-mile when competing. The video posted here shows the car’s time in a quarter mile after he deployed the chutes at the 1000-foot mark. Therefore, it isn’t like the number on the scoreboard reveals much crucial Information to competitors on the same playing field. It does, however, give fans an idea of just how fast these cars are really moving.

The National No Prep Racing Association was on the scene to capture this iconic moment. This car acts almost like a rocket ship and even when Chief decides to slow down short of the quarter mile mark, the car would still decimate 99% of what’s at the track or on the streets these days.

Posted by National No Prep Racing Association on Sunday, April 14, 2019

Does BoostedGT Have What It Takes To Get Back On The List? 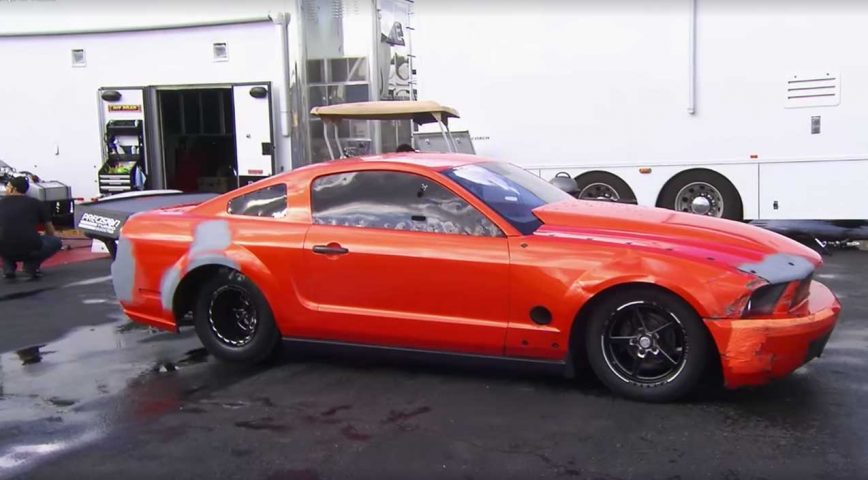