New Cannonball Run Record, Here’s How They Did It And Made Their Car Invisible To Cops. 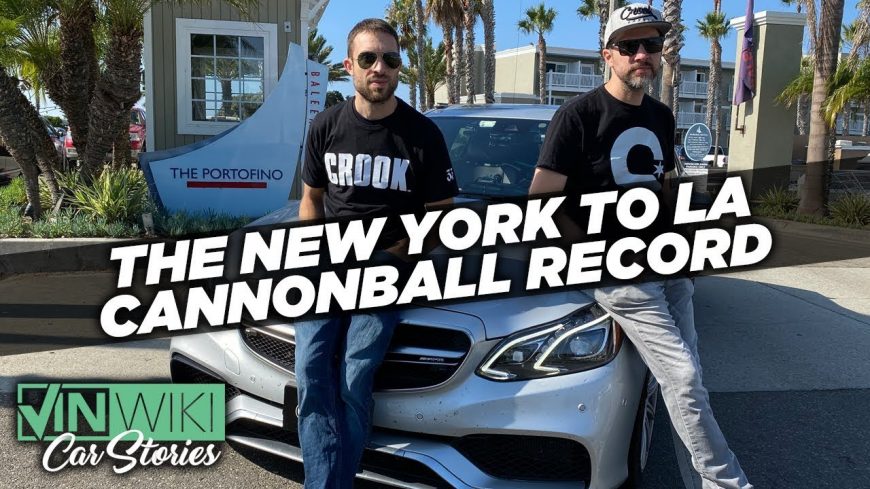 For those who are unacquainted, allow us to introduce you to one of the craziest automotive records in existence. The likes of the Cannonball takes car enthusiasts from New York to Los Angeles. As they time their journey, there naturally comes a hierarchy of competitors, if you will. This means that maybe some laws might be breached along the way.

Just recently, we found that a new record was set. Just to preface how insane this drive was, a simple Google Maps search indicates that the drive would take 41 hours. That normally doesn’t account for things like stopping for fuel, rest, and food. Our search finds people who have made the drive recalling that it took several days with stops included. The new record was set in 27 hours and 25 minutes. That means, that even if they didn’t have to stop, they’d probably be driving at an average of around 150% of the speed limit.

However, the team of Arne Toman, Doug Tabbutt, and Berkeley Chadwick have taken home the title.

They’re the first to up the ante since 2013 when the record was put in place. Road and Track reports that at least two dozen attempts have taken place in the time span. None of them managed less than 30 hours.

This isn’t something that we would necessarily condone but is more than enough have us obsessed with finding out how. Luckily, the guys behind the trip were willing to tell all. It turned out that the 2015 Mercedes-Benz E63 AMG sedan was more than trusty in accomplishing the mission.

Obviously, one of the challenges is going to be flying under the radar. After all, the average speed on the journey was over 100 mph. Therefore, avoiding detection was key. In the video below, we learn a little bit about how the car was outfitted to blend in. Even when hurling down the highway at a high rate of speed, the crew managed to not get detected.

« 2020 Rolls-Royce Phantom vs The Cheapest Phantom You Can Buy